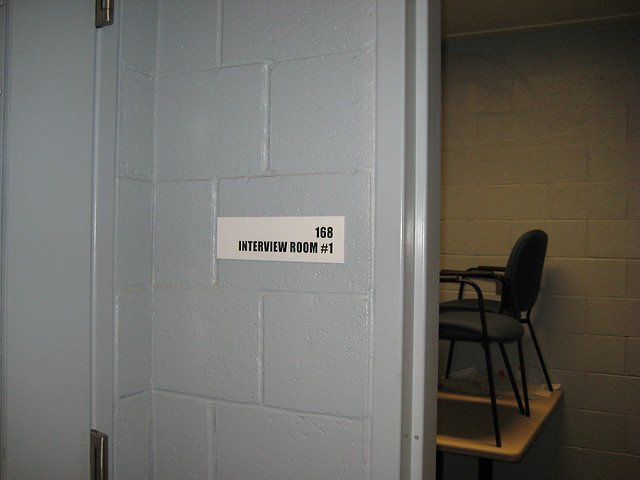 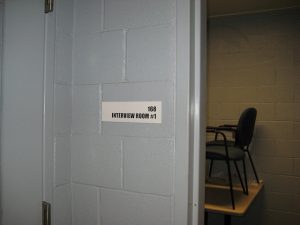 The CVSA proved more effective than the polygraph during interviews with suspects in a murder investigation. Image source: Flickr user Rynerson Bail Bonds.

There are plenty of challenges working in the mines of West Virginia, where men and women regularly risk their lives for a paycheck. In the past few decades, there have been over a hundred accidents listed on the West Virginia Office of Miners’ Health Safety and Training website. However, when a security guard was shot and killed at a local mine in Raleigh County, it was clear this was no accident—it was murder.

Yet the case went unsolved for fourteen months due to a lack of witnesses or physical evidence, and the Raleigh County Sheriff’s Department had their hands full. Eventually, police identified six suspects, who they investigated using two types of truth verification: the Computer Voice Stress Analyzer (CVSA®) and the polygraph. While the polygraph is an older technology, more police agencies are now switching to CVSA because of its scientific reliability and ease of use. Ultimately, it was the CVSA that allowed detectives to examine the multiple suspects in a short period of time and achieve a confession from the perpetrator.

Three Suspects and No Evidence

The people living in the small towns and hollows of West Virginia stand behind each other, and no one offered information about who might have committed the crime. But through dogged detective work, three suspects were found. Raleigh County Sheriff’s Office Detective Corporal Jim Bare interviewed these individuals and gave each of them a CVSA truth verification examination. The CVSA is a non-invasive examination which measures deception-related stress in the human voice. It’s an efficient way of getting to the truth quickly, and based on the exam’s results, Bare cleared all three men and let them get back to their lives. Identifying innocent suspects is just as important as identifying the guilty ones, but now they were back to square one, with no suspects.

In a nearby jurisdiction, three more suspects ended up on the police radar. They were all given polygraphs in that county, but the exam results were inconclusive. This is a common result with the polygraph, which is prone to false positives and negatives, not to mention being vulnerable to a variety of countermeasures that skew results.

The three suspects were then asked to take CVSA exams. They agreed, but only two showed up at the appointed time. The first suspect’s exam indicated deception when asked whether he was on the scene during the murder. He was shown the CVSA charts, which display patterns indicating stress in response to various questions and are easy for a layman to understand. When confronted with this information, the first suspect confessed to being at the scene during the murder.

The second suspect also admitted to witnessing the shooting, but the CVSA exam again indicated deception. After being shown the charts, he finally confessed to being the shooter.

The CVSA vs. the Polygraph

“Inconclusive” isn’t a word anyone wants to hear when they are looking for clear results. You may as well say you don’t know anything. In this situation, the suspects who received the “inconclusive” polygraph results could have walked away, leaving the case unsolved. Over the years, savvy polygraph test takers have to fool the technology by means such as placing a tack in their shoe or by squeezing their sphincter muscles to skew the test’s results. While a well-trained polygraph examiner can look for signs of these countermeasures, it is still very possible to receive inaccurate results.

These last two suspects’ deception only became apparent during the CVSA examination which led to their confessions. The CVSA has no known countermeasures or inconclusive results because it measures inaudible vocal tremors which a computer algorithm analyzes and displays in chart form. There is no way for a person to control these minute vocal oscillations or to otherwise challenge the technology through countermeasures.

In addition, the less invasive CVSA examination requires approximately half the time of the polygraph, which is important when you have multiple suspects. Remember the first three suspects? Those men were innocent, and they may have taken time off work for the test. That may not seem like much, but in West Virginia’s struggling economy, losing a day’s pay can be a big deal. And if they had not been quickly declared innocent, their time—and that of the investigators—would have been further monopolized.

The man who killed the security guard and his accomplice were moved further into the criminal justice system to pay for taking the life of a man who was just doing his job. The CVSA proved its value over the polygraph in helping the Raleigh Sheriff’s department resolve a case with little physical evidence. After all, there is no better “conclusive” result than freeing the innocent and obtaining a confession from the guilty party.