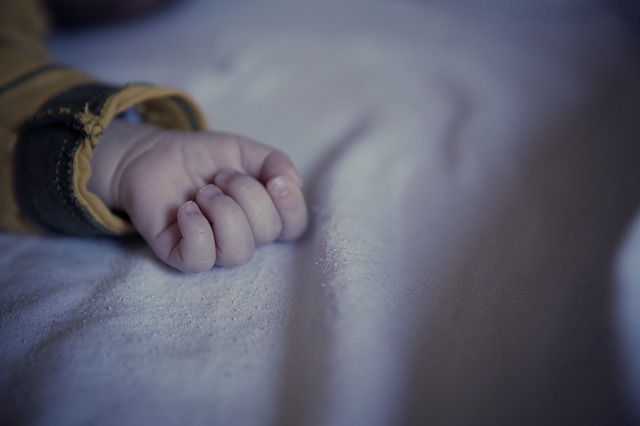 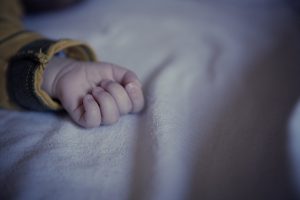 In cases of child abuse, CVSA and DBR can be an effective means of uncovering the truth. Image Source: Max Pixel.

The death of a baby is invariably an investigation fraught with emotion, chaos, and confusion. There are natural conditions that can cause an infant to die, making it difficult to determine on-scene cause of death. For instance, some parents have been considered suspects when their child was later discovered to have died of Sudden Infant Death Syndrome (SIDS).

For that reason, investigating officers must remain unbiased when there is little physical evidence or no witnesses when a child dies. Proper handling of initial and consequent interviews with parents or caregivers is crucial. The suspects may be innocent, grieving parents, so they need to be questioned with both concern and a critical eye for deception. This was the situation when, on the morning of January 13, 2012, Jamie Marie McAdams called emergency services. The 22-year-old Lakewood, Washington mother reported that her two-month-old son, Jeremiah McAdams, had no signs of life.

Investigators had to quickly determine the truth without making the mother more emotionally stressed. They accomplished this goal by using the Defense Barrier Removal®(DBR) interview technique, a method focused on building rapport. DBR was used in conjunction with the Computer Voice Stress Analyzer (CVSA®), a non-invasive form of truth verification, to uncover what really happened to baby Jeremiah.

The Suspicious Death of a Baby Raises Red Flags

Lakewood police officers attending the call discovered the baby lying dead on the floor. The tearful mother claimed that Jeremiah was sleeping in a baby car seat on the floor at the foot of the bed because she didn’t have a crib. Her boyfriend had gotten up to use the bathroom at approximately 4 am, and she discovered the car seat had tipped over.

McAdams was interviewed at length at the Lakewood P.D. She was a reluctant participant. This could have been from shock, grief, or guilt, but when she changed her story, a red flag was waved. This time, McAdams said she had put the car seat on a footstool, and it must have fallen and flipped while she was sleeping. A caring mother wouldn’t leave an infant asleep in such a precarious situation.

Detective Martin Knott, an experienced interviewer and CVSA Examiner, offered McAdams the chance to clear her name through a CVSA exam, and she agreed. At this point in the investigation, police were unaware that McAdams had a previous history of child abuse in another state. Although it seemed she was a neglectful parent, there wasn’t yet proof she had murdered her child.

Using DBR and CVSA During the Interview

Detective Brent Eggleston conducted the CVSA exam after Knott had a scheduling conflict.  Preparing a subject like McAdams for a CVSA exam would involve making her feel comfortable. The DBR process is all about connecting with the subject and reducing situational stress. Unlike the more accusatory Reid Technique, DBR has proven more effective in getting people to open up during a truth verification examination.

The CVSA exam is also less stressful than a polygraph, which requires an individual to sit still while hooked up to multiple sensors measuring heart rate, breathing, and perspiration. Using only a microphone clipped to the clothing of the interview subject, the CVSA measures stress by focusing on vocal microtremors when a person is under stress.

After, McAdams’ examination, the CVSA chart indicated deception. She was shown the results, but still refused to admit guilt. Detective Eggleston continued his questioning after the examination using the DBR process.

Instead of aggressively pushing for a confession, investigators using DBR provide a relaxed environment for the suspect. This includes everything from providing refreshments to ensuring the lighting and furniture are comfortable. By helping the suspect relax, DBR gradually builds trust and helps the suspect open up.

Forty-five minutes after transitioning from the examination, McAdams started to confess. She admitted she had put a pacifier in the baby’s mouth to quiet him and when he spat it out, she placed a blanket over his head to hold the pacifier in. Later, she found him unresponsive. Instead of calling for help immediately, McAdams staged the scene to look like an accident and went back to sleep for a short while. She also admitted that two of her other children had been taken from her by Child Protection Services in Missouri and Tennessee, where she previously resided.

McAdams’ two older children were removed from her custody before she moved to Washington, but Jeremiah was at the mercy of this child abuser. There could have been an adult victim of McAdams’ crimes as well. By making it look like an accident and going back to sleep, this woman tried to implicate her boyfriend in the baby’s death.

At the time of McAdam’s questioning, police were unaware of her history of child abuse. For all they knew, she may have had mental health issues, it could have been an accident, or the boyfriend may have been at fault. But she wasn’t a grieving mother after all, and the investigators had to put aside any negative feelings towards this child abuser in order to get McAdams to share her story. Using CVSA and DBR, these talented investigators remained focused and elicited a confession, knowing that, through their skill, they could put this woman away and perhaps save another child.