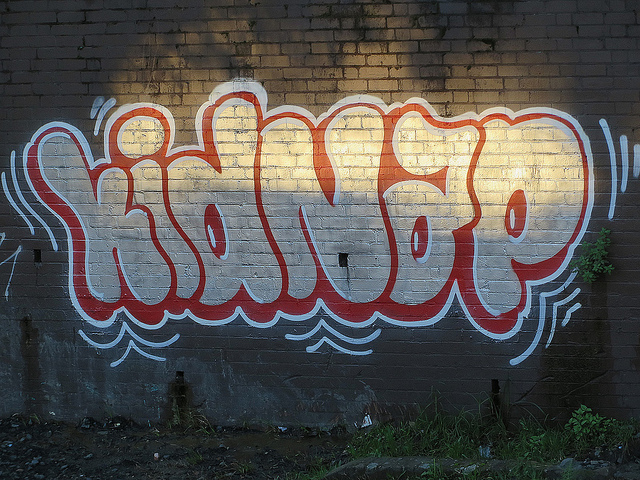 While perusing the news on Google today, I found at least four new cases of fake kidnappings. One thing became clear to me: whether someone faked a kidnapping for financial gain, to hide another crime, or to escape from a bad situation, none of these “victims” wanted the police involved. I read about Lapo Elkann, an heir to the Fiat fortune who recently faked his abduction to extort money from his family. In Long Beach, California, a woman claimed she and her children were kidnapped to hide the fact she allegedly murdered her grandmother with the help of her boyfriend. Both eventually ended up behind bars.

Another thing that struck me was the vast amount of police resources fake kidnap victims use while on the run and afterward if police continue searching for their imaginary kidnappers. Depending on the circumstances, various local, county, or state police, and even FBI can become involved in kidnapping situations. There are also technological resources brought in if law enforcement needs to monitor calls while waiting for a ransom or planning a drop-off of money, and, when children are involved, even more resources are dedicated to the search for the abducted person.

When Toledo, Ohio former attorney and city councilwoman Karyn McConnell-Hancock was “kidnapped” on December 5, 2007, police resources were deployed in a similar manner, and the goal of bringing her back safe became a police priority. Fortunately, CVSA helped obtain Karyn’s confession and prevent more resources from being spent on finding nonexistent kidnappers.

How Karyn McConnell-Hancock Sparked a Police and Public Search

There didn’t seem to be a motive for Karyn McConnell-Hancock to fake her own kidnapping, so police and the public took her disappearance seriously. After all, she was a respected member of her community, her husband was a minister at their church, she was the mother of a three-year-old, and pregnant with another child at the time. It never occurred to anyone that this fine woman was a con artist.

But we can’t question the disappearance at first. Even when motives are unclear, law enforcement must pull out all the stops to bring the missing person home. True abductions that had bad consequences—even going back to the Lindbergh kidnapping—are embedded in our memories. A kidnap victim’s life is on the line, and police must operate on the premise that this is a real threat.

Not only does the entire police service become involved in kidnappings like these, but the community also rallies around the family, putting up missing person’s posters, sharing information over social media, and even raising money for rewards. In Karyn’s case, prayer vigils were held by her community, and her husband and father made televised pleas for her safe return. Karyn’s family, friends, colleagues, and former constituents were all especially on edge given that it wasn’t only Karyn at risk but also the health of her unborn baby. Although Karyn didn’t harm anyone, the distress of her community proves this is not a one-victim crime.

It’s a joyful moment when a kidnap victim is found alive, as was the case when Karyn was discovered in Atlanta, Georgia, a few days later. Once a victim is found, law enforcement can call off the search for the “victim.” They can communicate the news to their neighboring agencies, the K-9 unit can get some rest, and the public can stop worrying. Or can they? The kidnappers are still out there.

No one wants to stress someone who may actually have been abducted, but police need to get a bead on the kidnappers. Karyn told police she was abducted at gunpoint by two men and a woman in Toledo, but she didn’t provide much detail. During questioning, she agreed to a CVSA examination conducted by Analyst/Detective Jay Gast.

Although Karyn was stressed by many factors in her life, it was the stress of the big kidnapping lie that would show up as “deception” on the CVSA charts. When Detective Gast showed Karyn her results, she confessed to making the whole thing up. She said she was “tired and needed to get away.”As it turns out, Karyn had every reason to run. She later admitted to embezzlement of between $500 thousand and a million dollars from clients.  The investigators could now close this case and save police budgets to search for real victims of crime.

The Ongoing Cost to the Taxpayer

After Karyn McConnell-Hancock confessed, the investigation turned into a prosecution. During her sentencing, Judge David Faulkner noted, “While there was no physical harm or physical damage, there was economical loss to taxpayers.”

In fact, fake kidnappings are such a financial and human resources burden on police departments and courts that, in some cases, judges order the individual who faked the abduction to pay restitution.  When Audrey Seiler, a college student in Madison, Wisconsin, was convicted in such a case,  she was ordered by the judge to repay the police department a minimum of $9000.

Karyn never had to pay restitution to the Toledo Police Department for using up valuable time that could have been spent on solving true crimes for real victims, but it could have been worse. If CVSA had not prompted a confession, then more resources would have been spent tracking those three mysterious kidnappers and innocent people may have become suspects in her case because they were in the wrong place at the wrong time.

CVSA Analysts like Detective Gast are trained in interviewing people with convoluted stories to tell. If it really happened, then the kidnappers  need to be found and prosecuted. But if it was faked, the public’s mind can be put to rest by obtaining a confession before more valuable resources are used up.