CVSA Reliability: How is Stress Linked to Vocal Changes? 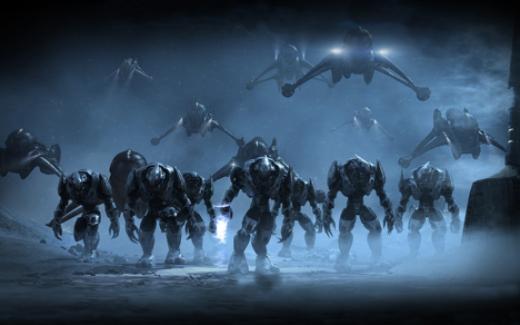 In the field of law enforcement, voice stress analysis technology such as the Computer Voice Stress Analyzer (CVSA ®) is used for a range of applications, including criminal investigations, employment interviews, and immigration investigations. The CVSA detects changes in a subject’s voice which are indicative of stress. The presence of stress-induced vocal changes when correlated directly to specific questions suggests the subject is being deceptive. The validity of the technology relies upon scientific evidence that external stressors, such as relevant crime-related questions, cause detectable changes in the voice.

In 2017, a scientific study on violent video games and voice stress, published in the journal Psychology of Popular Media Culture, provided further evidence for the link between external stressors and vocal changes. Even though the study did not directly involve law enforcement scenarios, it can help law enforcement professionals understand the scientific concepts underpinning the CVSA as a reliable truth verification tool for law enforcement applications.

The study, “Violent Video Games Increase Voice Stress: An Experimental Study,” was conducted by Youssef Hasan at Qatar University. The goal was to use voice analysis technology to reaffirm the connection between emotional stress and playing violent video games. Before Hasan began the study, research in the field had already established that many intense video games cause stress. In particular, Hasan cites a meta-analysis review of studies, which demonstrates that playing such games induces physiological changes associated with the sympathetic nervous system. The sympathetic nervous system activates the body’s “fight or flight” response, and the scientific literature consistently shows that changes in key physiological indicators—including increased heart rate, blood pressure, and skin conduction—can all result when a player engages in a violent game.

Based on the overwhelming amount of data previously collected by researchers in the field, it was clear that playing violent video games can induce stress-related physiological effects. However, before Hasan published the paper, no researcher had specifically considered stress-induced vocal changes, so Hasan set out to fill this gap in the literature. He knew that stress changes the natural microtremors in the vocal cords, so he created a study to measure these changes in the voices of subjects who played violent video games.

For the experiment, 87 students at a French university were randomly assigned to play either a violent video game or a nonviolent video game for 20 minutes. Afterward, they read, out loud, a story about the Kurdish Genocide—which Hasan describes as “graphic” and “distressing.” Their voices were recorded and then analyzed using voice analysis software installed on a computer. This software identifies changes in the frequencies of the voice recordings, which in turn could be used to identify stress-related alterations in the microtremors of the vocal cords.

For years, the polygraph community has supported research seeking to discredit voice stress analysis technology. One claim has been that there is no real connection between stress and vocal changes, but more and more research—including Hasan’s study—disproves that assertion. There is scientific proof that violent video games cause stress, and this study shows that one of the symptoms is a change impacting upon stress-related frequencies of the voice, which can be measured using professional-grade voice stress analysis equipment.