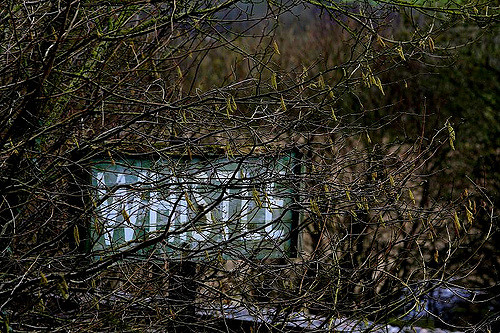 He still has fragments of bullets in his head. Now over eighty-years-old, Frank Serpico doesn’t forget and some people won’t let him. The former NYPD detective whistleblower was an undercover cop who became aware of widespread police corruption in his department in the late 1960’s. Senior law enforcement said he would end up in the East River if he went public with his evidence of bribes and criminal behavior by other officers. Serpico went to the New York Times, and the Mayor of New York, John Lindsay, appointed a panel known as the Knapp Commission.

When Serpico was shot during a drug bust in 1971, his backup officers left him to die, and while it wasn’t proven, there was speculation he was set up. In 1972, Serpico retired after he received the highest honor his department could bestow on him—the Medal of Honor.

This may be old news, and the NYPD implemented many changes because of Serpico’s testimony at the Knapp Commission, but police whistleblowers still face retribution when they report on systemic corruption or individual unethical behavior. Police agencies of all sizes are at one time or other called to deal with claims of bribery, extortion, excessive use of force, discrimination against minority groups, or other forms of police corruption. There has been a push to change this culture by not only the police community—which is largely committed to best practices in law enforcement—but also the municipalities they serve and the public in general. Providing safe methods for officers to report corruption is crucial in maintaining the integrity of the organization and the reputation of the police department with the community.

Cracking the Blue Wall of Silence

No one should have to risk their career or their physical well-being for doing the right thing, and more law enforcement agencies are encouraging officers to speak up. As in other private sector or government organizations, establishing a Whistleblower Program invites members of the organization to come forward in a discreet, safe manner to report any unethical or illegal behavior by their fellow officers. One of the strongest measures is a simple one—a whistleblower hotline, as well as other communication tools such as an anonymous reporting hotline email.

Social media is another method that can educate the police community and report corruption within a department, but it has to be used effectively. False accusations can ruin careers, and posts on social media accusing an officer of misdeeds can cause both social and legal problems in the department.  Those who are outed for whistleblowing on social media may not end up “in the East River,” but they could be subject to acts of retaliation or be ostracized by their colleagues. A more effective method of using social media is by providing platforms to help fellow officers who are willing to report unethical acts. Facebook pages such as Whistleblower Cops and other digital resources provide education and support.

Regardless of how the complaints or accusations of corruption are reported, they all must be thoroughly investigated by an independent body. In addition to the standard interview, conducting a truth verification examination gives leverage to the whistleblower’s account by proving that the individual is telling the truth. The Computer Voice Stress Analyzer (CVSA®) is already used by over 2000 police departments for suspect interviews and pre-employment purposes.  This technology is a low-impact form of truth verification examination which provides a way for the whistleblower to tell their story in a comfortable setting and get their narrative on record. For those who call in on anonymous tip lines, the CVSA can also be used to analyze phone calls for truthfulness.

Working to Transform the Culture of Corruption

Serpico is still an activist for whistleblowing because there is still a need. In fact, he continues to receive threatening letters. In a more recent case in Chicago, two whistleblower officers—Shannon Spalding and Daniel Echeverria—settled a lawsuit with the city for two million dollars. The two were working with the FBI to investigate shakedowns of drug dealers as well as the planting of evidence by public house police when they were threatened. Their fellow officers refused to back them.

Shannon Spalding reported that a supervisor worried about being caught up in the operation told her, “I hate to be the one to knock on your door and tell your daughter you’re coming home in a box.”

There are dozens of similar cases where officers’ lives were in danger from fellow officers because they were exposing criminal activity in the department. When officers sue the municipality, as in this case, the taxpayers are on the hook for bad cops’ activity.  Public trust in law enforcement is already eroded because of cases like this because, unfortunately, institutionalized corruption and deceptive practices are still commonplace.

Rooting out the cause starts at the top, but it also means hiring the best and most ethical officers for your department. Pre-employment screening of all new recruits should include a CVSA truth verification examination to ensure that those who are joining the force are committed to truthfulness from the beginning of their careers. We also must take steps to investigate officers who are not only unethical or criminal, but could corrupt others—and we can only do that when other officers are willing to come forward with their suspicions or evidence.

The “Blue Wall of Silence” closes off avenues with the community—the people who police are charged with protecting. There has to be transparency and accountability so that all officers feel safe in their work environment and the public can trust their local law enforcement. A police Code of Ethics or Conduct is only meaningful if officers live those words. When a whistleblower has evidence that the code is broken, no one can remain silent.