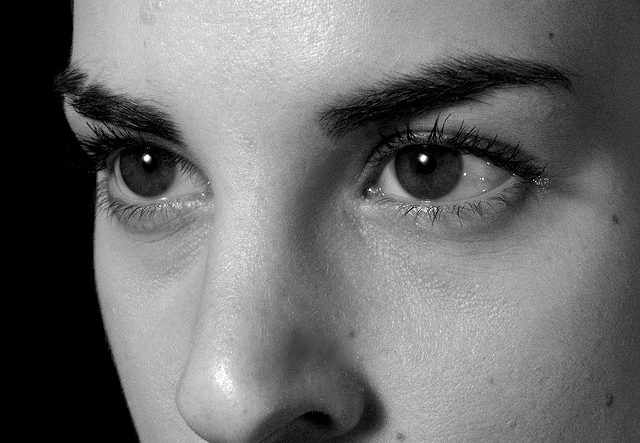 He hasn’t even opened his mouth, but you have a gut feeling—this is your suspect. You know something is off because the subject is looking you straight in the eye, but his body is turned slightly away from you. That sixth sense you are feeling is a combination of experience and your brain picking up subtle clues that start waving red flags.

Experienced investigators often have intuition about their cases, but gut reactions can be affected by our own perceptions of non-verbal leakage (body language) or verbal leakage when a person’s words ring false. Human intelligence combined with objective technology makes for a strong human/machine collaboration to back up that hunch. The Computer Voice Stress Analyzer (CVSA®) is a tool that works with you. It provides law enforcement with a system that focuses on verbal leakage in a scientific way—by detecting discrete changes in the human voice which indicate deception.

How the Body Leaks Information

Body language alone can’t be taken at face value. In an article for the FBI Law Enforcement Bulletin, Dr. Brian D. Fitch, Ph.D., a lieutenant with the Los Angeles County, California, Sheriff’s Department, writes, “There is no universal sign of deception.” He goes on to say that many individuals believe they can detect when a person is lying because of the way a person shifts around in their seat or avoids eye contact. But this kind of behavior could also indicate shyness, nervousness, a medical condition, or simply be part of their typical demeanor.

Fitch says all behavior—such as tone of voice, facial expressions, posture, and other non-verbal and verbal leakage—is important when sizing up a person’s truthfulness, but “Investigators should avoid focusing on any one behavior and look for clusters (e.g., a subject rubbing the face, shifting posture, and shrugging shoulders). Although none of these behaviors indicate that a person is lying, they often reveal signs of emotional arousal, discomfort, or ANS [autonomous nerve system] activation, especially if they break with the subject’s normal baseline demeanor.”

Truth verification methods have been in use for decades because human perception doesn’t provide concrete data for investigations. The oldest technology still in use is the polygraph, which measures physiological responses such as heart rate, respiration, blood pressure, and skin conductivity. Many individuals are deterred from taking the examination because it is a lengthy, stressful process which involves sensors being attached to the body.

Also, people have developed countermeasures that degrade the accuracy of the polygraph’s results. A former Oklahoma Police polygrapher, Douglas Williams, was sentenced to two years in prison for teaching people how to beat the polygraph on his website. Polygraphers are aware of old tricks such as the tack in the shoe or contracting your sphincter muscles—in other words, using their own body to defeat the machine. Expert polygraphers may catch those signals, but unless they are cognizant of the signs or keen observers of body language, they will get false positives or false negatives in their polygraph results. As a study by the Committee to Review the Scientific Evidence on the Polygraph put it, “The physiological responses measured by the polygraph are not uniquely related to deception.”

The Words May Be Lies, but the Voice Leaks the Truth

Our bodies may betray us in certain ways, but the voice contains even more clues when we are telling a lie. Assessing verbal leakage with the human ear alone isn’t an effective means of truth verification because there are too many variables—such as language barriers, education, or speech patterns—that can affect an investigator’s judgement when determining truthfulness.

Diagramming and documenting verbal leakage using a computer-based system allows you to actually see the changes caused by stress in the human voice. The CVSA®  precisely charts the results in easy-to-read graphs and is more tolerant of an individual’s idiosyncrasies because it focuses solely on specific voice frequency changes associated with stress. And the examination itself is much less nerve-wracking than a polygraph; individuals are also asked a series of questions, however, the only attachment is a microphone which is typically clipped to the shirt or blouse collar. There are also no known countermeasures that impact the results of the CVSA.

Professor Emeritus James L. Chapman, a former United States Marine Elmira (NY State) Police Officer and Director of a SUNY  Criminal Justice Program and Forensic Crime Laboratory, conducted an 18-year study which proved the CVSA has an accuracy rate greater than 95%. Chapman and research partner Marigo Stathis, a neuroscientist and research analyst, based their findings on thousands of Voice Stress Analysis examinations conducted by Chapman over the course of the study.

One example of a CVSA examination conducted by Professor Chapman involved a 1981 murder investigation during which he assisted the Madison County, NY, Sheriff’s Department. The suspect had taken a polygraph and received an inconclusive result.  Ten years later, after the case went cold, this same individual took another polygraph and passed. Flash forward to 1996 when Chapman conducted a CVSA examination of the same suspect—which showed deception regarding the 1981 murder. After two attempts to verify the truth using the polygraph, it was the suspect’s verbal leakage detected by the CVSA that brought him down.

A Multidisciplinary Approach to Truth Finding

An arsenal of psychological and technical tools can help you focus on every “tell.” The CVSA is highly effective on its own, but any investigator knows the more skills you develop to ascertain truthfulness, the more effective you will be.

There are two CVSA Examiners in particular who are also highly skilled in both verbal and non-verbal leakage assessment. Don Wiebe is a  Primary Interview/Interrogation Instructor for the National Association of CVSA Examiners and a renowned interrogation and interview expert in the areas of body language assessment, verbal cues,  emotional leakage, and micro expressions. Bob Wall is an experienced Certified CVSA Examiner with over 30 years of law enforcement, interview, and interrogation experience. These fine men are instructors for the Analytical Interview System (AIS) Course which teaches strategies such as the ones just mentioned so that you can fully hone your skills in truth verification. The CVSA is a scientifically validated tool, but, like all tools, it’s most effective when utilized by those with the greatest skillset.

Your intuition may help you to a certain point in an investigation, but you can back your investigative intuition with scientifically proven systems like the CVSA  which provide solid, state-of-the-art results that your hunch is the right one.