Strategic Use of Evidence (SUE) Leading Into The CVSA Interview 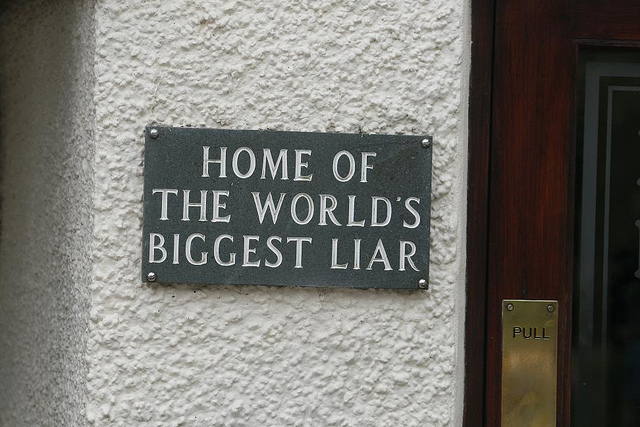 Even the best liars make mistakes, and CVSA and SUE can help discover them. Image Source: Flickr user Alan Cleaver

I consider myself to be pretty good at catching lies. But maybe my self-perception is distorted because even though I spent years working as an investigator, anyone can be fooled by a good liar.  In fact, a study by researchers Bond and DePaulo at Texas Christian University showed that our ability to detect lies with no aids results in an average of 54% correct “lie-truth judgments.”

While lab studies such as these don’t always reflect what happens in the real world, they do give us some insight into the challenges of detecting deception. We are all fallible, and even veteran law enforcement professionals may miss certain “tells” that give a liar away. Fortunately,  there are techniques and tools that can significantly increase our accuracy in judging a person’s honesty.  One key information gathering method is the Strategic Use of Evidence (SUE), which can be used with the Computer Voice Stress Analyzer (CVSA®) to obtain information from a suspect and then verify its truthfulness.

The Benefits of Strategic Use of Evidence (SUE)

Going into an interview or interrogation with no evidence is one of the most challenging situations law enforcement officials face. Even if you suspect the individual is guilty, all you have to go on is their word. In such situations, some swear by more aggressive tactics like the Reid Technique, but renowned detection deception expert Aldert Vrij has found that the accusatory approach isn’t as effective.

Aldert Vrij, Professor of Applied Social Psychology at the University of Portsmouth, has examined most of the known detection deception strategies used by law enforcement. He recommends the SUE Technique based on a study by Pär Anders Granhag, Leif A. Strömwal, and Maria Hartwig. The researchers used a “mock-crime” scenario in the lab to test the technique, but they also conducted empirical studies with members of a police academy in Sweden. They found that, compared to untrained interviewers who obtained an accuracy rate of 56.1 percent in detecting deception, the trained interviewers scored 85.4 percent.

For example, if a man says he didn’t kill his wife, but his DNA is on the knife she was stabbed with, well, we assume he is lying. But if this man is actually innocent, he with be more likely to admit that he used the knife in question to chop vegetables and could share what kind of soup he was making. If his alibi is that he was at the store when the murder took place, he could provide details like what he bought at the store, what the cashier looked like, and what was on sale. While his memory may not be perfect, the innocent suspect would have no reason to withhold any of this information from the investigator.

But when incriminating information like the DNA on the knife is introduced to guilty suspects, they tend to use avoidance strategies and are unable to provide as many details. In this hypothetical case, the guilty suspect knows the investigator has recovered DNA on the knife. What he doesn’t know is that the investigator learned that he didn’t leave the house until an hour after he said he did because his neighbor had a CCTV camera focused on the street. And although he can lie about his alibi, he won’t be able to formulate the complex narrative about the store that the innocent man could provide, even if he went there after the murder.

The researchers describe this interview style as focused on information gathering as opposed to confrontational. While the goal is, of course, to discover new evidence, it is more about looking for signs of deception to use later when formulating key questions to use during a CVSA exam.

Combining SUE With the CVSA

The CVSA  works in a different way than SUE, using closed questions that require “yes” or “no” answers. So how can these two styles mesh? SUE can be used initially in the interview or interrogation process to gather information and detect signs of deception based on the suspects’ reaction to the open-ended questions. When red flags are raised during the course of an interview, they can be used for follow-up questions during a CVSA examination. While SUE is not specifically designed to elicit a confession, it is always possible a suspect will confess during any stage of an interview. However, it is more likely the actual confession will be obtained during the CVSA exam which can use the information gathered by SUE to target key areas of deception in the suspect.

While it is impossible for any human to accurately detect lies in another individual 100 percent of the time,  strategies such as SUE raise the bar and add to an investigator’s skillset. Every available tool and strategy should be employed in criminal investigations, and by using the SUE Technique backed by scientifically proven technology, you’ve just upped your ability to detect lies beyond human capabilities.