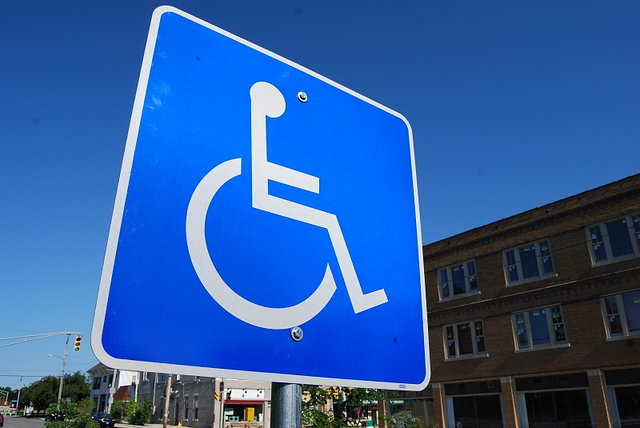 Let’s be honest—it’s anxiety inducing for anyone to take a truth verification examination, even if you have nothing to hide. Even law enforcement personnel who take truth verification exams as part of pre-employment screening find it stressful. Now, imagine you are also challenged in some way by a physical condition, a mental illness, or a substance abuse problem. In that case, taking a truth verification exam may be even more intimidating and, depending on the type of exam, physically uncomfortable.

The best law enforcement professionals focus on doing all they can to ensure the person taking the test is relaxed and comfortable enough to share information. Part of this task involves choosing truth verification technology that can work with people who require some versatility in the testing process. Certain physical and mental conditions preclude individuals from taking a polygraph, but the CVSA® allows examiners more leeway when it comes to the diversity of the human condition and truth verification.

Conditions That Affect the Brain

For individuals who have had brain surgery or are suffering from a mental illness, it can be difficult to ascertain how they will react to a truth verification examination. This was the situation when Roseville (California) P.D. Detective Charlie Veilleux was called in on a cold case. Five years previously, a suspect in the brutal murder of a young woman had passed a polygraph and been cleared of suspicion. Now, they were reopening the case and the police officers wanted to give the old suspect another polygraph. They discovered this wasn’t possible because he had experienced an aneurysm and undergone two brain surgeries since the last examination.

Most polygrapher waivers recommend the exam not be conducted on someone with a brain injury or impairment. The test won’t hurt them, but since the polygraph measures physiological responses, physical or mental conditions that affect those responses can lead to “inconclusive” results. Those who suffer from anxiety, depression, or PTSD may also be taking certain medications that can affect the polygraph results.

But while people suffering from mental illness—such as personality disorders like psychopathy or sociopathy—may be precluded from taking a polygraph because they can influence certain physiological responses such as breathing, the CVSA focuses on vocal frequencies which are inaudible to the human ear and can’t be controlled. So, in Charlie’s case with the suspect who had undergone brain surgery, they were unable to test the suspect using the polygraph again, but Charlie was able to perform a CVSA examination. The exam showed “deception,” and, as a result, the suspect provided a full confession.

Although CVSA analysts have real life experience conducting the exam on individuals with various conditions,  we still need to conduct further research into certain areas. Neuroscientist Marigo Stathis—who contributed to the Chapman Study and is continuing her research on CVSA—would like to see more research into the use of truth verification tools on people with medical conditions that affect memory. This might include someone with amnesia who may not remember committing a crime or researching the effectiveness of truth verification exams on schizophrenic individuals.

Cognitive Impairment from Drug Use

Whether it is prescription medication or street drugs, many substances can affect a polygraph examination and, if noted by the investigator, would preclude someone from taking a polygraph. Because this method measures physiological symptoms such as heart rate and blood pressure, people using blood pressure medications or medication for heart conditions—such as beta blockers—would not be considered strong candidates for a polygraph exam.  When considering the effect of drugs on the polygraph, the Federation of American Scientists reported that “the tranquilizer, meprobamate (“Miltown”), permits subjects who are being deceptive to increase their ability to avoid detection in a polygraph examination.” This drug and other anti-anxiety medications or antidepressants—such as Prozac, Lithium, Xanax, and Diazapam—affect the physiological responses measured by the polygraph since they reduce anxiety and have a sedative effect.

The CVSA, however, measures frequencies in the voice which are not affected by most medications or street drugs. In her research with Professor Chapman and her work with police detectives, Marigo found that “whether or not people were high didn’t seem to affect the test.” When an individual is under the influence, discerning when they are telling the truth becomes more difficult, and if they have a choice, most law enforcement officers will not interview a suspect who is stoned, drunk, or otherwise impaired. However, when this situation does arise, it is particularly important to use a form of truth verification which will not be skewed by any substances the subject may in their system.

People with physical challenges—such as an individual who is in a wheelchair—require special care which needs to be considered when requesting a truth verification exam. In many cases, it would be impossible or inhumane to give someone a polygraph if they are in pain or physically incapacitated. After all, a polygraph exam isn’t exactly the most comfortable and relaxing experience: rubber tubes are placed around the person’s abdomen and chest to measure their breathing, a blood pressure cuff is put on the arm to record blood pressure and heart rate, and sensors are placed on the fingers to measure galvanic skin resistance or sweat. All these factors can prove restrictive, especially for someone with mobility issues.

In contrast, during a CVSA examination, the examiner simply attaches a microphone to the individual’s clothing. This is a much less invasive method that allows for examination of people who would not be candidates for a polygraph exam because of physical limitations which would make it difficult to comfortably attach the sensors.

For CVSA Examiners, the focus is always on being empathic and treating each individual with respect. We understand that not everyone who is asked to take a truth verification examination is a murderer or a rapist; in contrast, they may be innocent or a witness to a crime. Using the technology that causes the least physical discomfort and anxiety to the test subject helps the investigator build rapport with that person, and every good investigator knows that is a crucial element in any investigative interview.