How CVSA Supplements Human Communication and Translates Voices Into Images 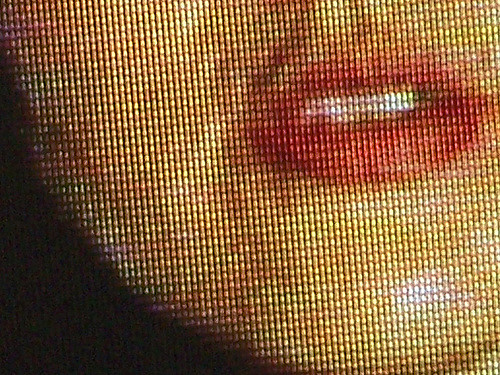 “I hear you.” This is probably one of the most powerful phrases we can say when someone is talking to us. “But actions speak louder than words,” you say. This is true on occasion, but when you have no witnesses to “the actions” or physical evidence, verbal communication is where you get your answers. That is why more criminal cases are solved in the interview room than out in the field, according to many veteran police officers.

We seem to have forgotten the power of face-to-face interaction in this digital, visually impacted world. Every day, we see people having dinner in a restaurant and at least one of them is looking at their phone instead of talking. Young people communicate using emojis or selfies. This is showing, not telling, and it lacks the biological connection of engaging in conversation with someone sitting across from you.

But while verbal communication is still our most valuable asset when it comes to solving crimes, people may have biases or miss subtle cues that express deception. Fortunately, science has given us the means of creating visual representations of how people communicate and when they are lying. The CVSA offers an accurate representation of how suspects respond to what they are saying and adds a new depth to the powerful element of human communication in criminal investigations.

Visualizing the Sounds We Make

You know the saying: “a picture is worth a thousand words.” And in the spirit of turning words into images, scientists have used digital imaging tools such as diffusion tensor imaging (DTI), magnetoencephalography (MEG), and functional magnetic resonance imaging (fMRI)  to track the areas of the brain where speech originates, and they can use the same tools to determine how the brain is affected when someone is lying. Studies show greater activity in the prefrontal cortex when a person is being deceptive, indicating that lying causes stress, even in practiced liars.

And it’s not even the words the person says; rather, it is the way their brains react to the words they say. Even if we don’t understand what the other person is saying, the sounds we make communicate something. We can tell by the tone of voice if someone is angry, even if they are speaking another language. We vocalize our emotions through crying, laughter, and other sounds. Sometimes, these sounds can’t be heard by the human ear, but they still hold valuable messages that technology can pick up. The stress of deception, for example, becomes apparent in the human voice, affecting the larynx and vocal folds as well as muscles in the mouth. Professor James L. Chapman found a way to track those changes by recording “Frequency-Modulated infrasonic modulations (< 20Hz), which are below the level of human audibility.” The device used to record these frequencies is the CVSA.

A Chart is Worth a Thousand Words

There is no greater need to discern truthfulness than in situations where there is culpability involving criminal acts that hurt other people, their property, or society in general. Law enforcement agencies need tools that can help them determine deception, but it’s impractical and expensive to examine suspects with the same digital imaging tools used by scientists. The polygraph seemed the answer to this challenge, but this truth verification tool charts deception reflected in physiological symptoms—like heart rate, breathing, and blood pressure—which are external and easier to fake. The CVSA is a newer technology that specifically works with human interaction to produce accurate results.

Veteran law enforcement officer Chad Jeansonne worked with polygraphers before he became a CVSA Examiner. Although Chad is a skillful interviewer, he appreciates that technology can enhance his abilities in this area by providing graphic evidence to visualize “deception” in suspects’ answers. He explains how the CVSA works in layman’s terms and why it is his preferred tool for truth verification: “With [the] polygraph, some neuroscientists explained that you are measuring what they call downstream of things. In other words, these physiological changes occur moments after the brain sends these signals of distress to the body. These are downstreams, further away from the frontal lobes of the brain, whereas with voice stress analysis, the human voice gives a closer correlate to the frontal lobes of the brain, so the brain perceives a threat or goes into deception, and it is harder to conceal. The brain can’t conceal it because the voice has to answer.” Essentially, CVSA serves to magnify human communication in a way that makes it easier for law enforcement to examine even vocal indicators that humans can’t hear. By transforming the human voice into an image, it works with the interviewer to capitalize on the power of human interaction rather than attempting to wholly replace that human element with technology.

When a police officer has that chart in front of him or her and can see visual indications of truth or deception, then this is the part that is show and tell, where words and visuals come together to elicit even deeper communication. This tool is just that—a tool. None of that would happen without real human interaction. And ultimately, cases are solved best when the immense, revealing power of verbal communication is acknowledged and supplemented using technology that truly brings our words to life.