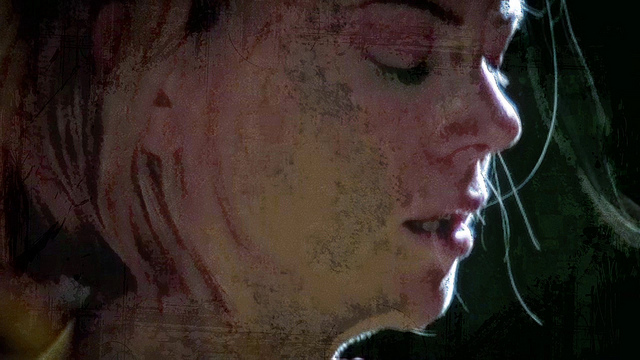 He said she wanted it. She said no. One of these people is telling the truth, and it is your job as a police investigator to substantiate the claims. The call to investigate a rape or sexual assault is a journey that could be described as a dotted line to the truth. In such cases, there is often no corroborating evidence and/or witnesses to the assault. It’s her word against his or some other variation of a tragic story.

While it is critical to treat the victim of a rape or sexual assault with sensitivity and compassion, the credibility of the accusation must be validated. Interviews with all parties are crucial in this type of investigation, but truth telling is fragile in such a hypersensitive situation. A Certified Computer Voice Stress Analyst can help fill in the missing pieces when a suspect or witness agrees to this non-invasive truth verification assessment. Police agencies utilizing the CVSA have found it effective in cases where two parties have different stories. The technology records discrete changes in the human voice and is scientifically proven to have an accuracy rate greater than 98%. Words matter, and the words that carry the truth can be discovered through the voices of both parties.

Her Story: Uncovering the Truth with Dignity

While there are cases of false allegations, it is the responsibility of law enforcement to serve the victim. One study by researchers at Northeastern University in Boston found a two to eight percent rate of false rape allegations through their analysis of crime statistics. So although there are men or women falsely accused and sometimes even prosecuted, the majority of cases prove that victims don’t just cry “rape”.

Serving the victim means understanding that victims of sexual assault are traumatized people. They may not remember events clearly, may not have been able to identify or view their attacker, and may not report for days, weeks, or even years after the assault due to social stigma. Because of the intense nature of such a case, interview results may be convoluted and appear to present contradictory evidence, and so it is a challenge to discover the truth without additional help.

This is where CVSA technology comes in, but it is important to note that the CVSA examination must be taken voluntarily. A provision of the H.R.3402 – Violence Against Women and Department of Justice Reauthorization Act of 2005 was enacted to ensure that law enforcement agencies and prosecutors do not request or require victims of sexual assault to take a lie detector, polygraph, or other similar tests as part of the investigation.

That said, a woman who feels that taking a truth verification examination can help validate her narrative should be provided with the resources to do so. This is a situation where the CVSA has benefits over the polygraph, which requires approximately two or three hours for an examination compared to approximately 45 minutes for the CVSA. The methodology for a polygraph is also more invasive and requires the person being tested to be connected to multiple sensors, including countermeasure sensors that are placed under the buttocks and feet. In comparison, a CVSA Analyst simply attaches a microphone to the victim’s shirt collar while he or she answers questions in a non-stressful, relaxed interview that makes the process far less traumatizing.

His Story: The Right to Fairness

The reputation of the accused is on the line if he is falsely accused, so there has to be a presumption of innocence during initial interviews. While no one can be required by law to take a CVSA examination, suspects may take it of their own volition because they want to dispute the allegations made against them. Those who are guilty often agree to a truth verification assessment as well, perhaps because they believe they can beat it or that refusal is an indicator of guilt.

The CVSA has proven itself over and over again and in some cases has been allowed in court. Some notable cases proved innocence for males accused of rape, such as a case in Missouri in which a 17-year old girl accused three men of raping her after a party. Two of the accused agreed to the CVSA exam conducted by Analyst/Det. Terry Lankford of the Newton County Sheriff’s Department and passed. The victim also agreed to take the CVSA and failed. In this case, using proven truth verification technology prevented three lives from being ruined.

Focus on a Fair Trial for Both Parties

Although CVSA is certainly a powerful tool for use during investigations, its usefulness also applies beyond the police station to the U.S. court, where its use has been upheld on appeal for monitoring high risk offenders. One example is the case of convicted rapist James Pollard in Appellate Division of the Supreme Court of New York in February 2010. Pollard agreed voluntarily to a CVSA exam and waived his Miranda rights. While he did not make a confession, he did make some incriminating statements. In court, the victim’s testimony was corroborated by evidence and the defendant’s own words.

Pollard was convicted of rape in the first degree and rape in the second degree in a non-jury trial. At a later date, he appealed the judgement and petitioned the court to suppress his statements. His appeal was denied. This was an important court decision because Pollard’s contention the evidence was “legally insufficient” was a failed plea. Justice prevailed, and the victim was given some peace of mind.

In cases such as Pollard’s, the use of CVSA played an important role by helping provide evidence of deception. Law enforcement agencies, from small town police forces to state agencies to organizations around the globe, are using this proven investigative tool to achieve justice for victims of sexual offenses.

Victims of sexual assault or rape deserve justice, and law enforcement has a duty to use every available tool to determine if what “she said” or “he said” is the truth.