Finding Motivation During the Arsonist Interview With the Use of CVSA 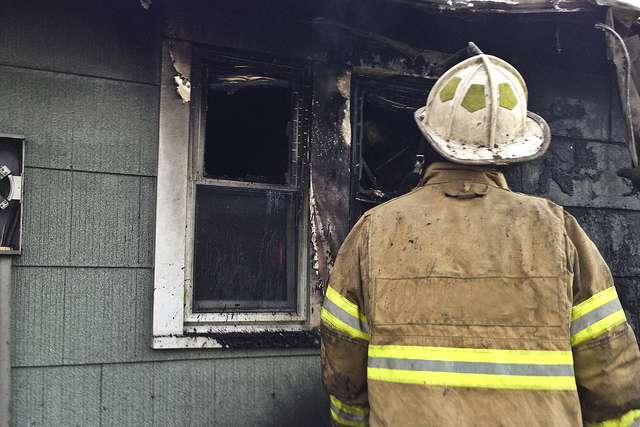 When I was a teenager babysitting my five-year-old brother, he came out of the bathroom one day, and I saw a strange, flickering light emanating from the room. He had set the toilet paper roll on fire. Luckily, there was plenty of water within reach.

That boy is now a Fire Captain in a large municipality. Like most of us, he was attracted to fire. It’s why we sit around the fire sharing stories or cuddling with a loved one. Some people use fire in destructive ways and others funnel their interest into investigating crimes where fire is used as a weapon.

Arson investigators have their own set of tools for proving how the fire was committed, who did it, and why. Forensics play a large part, but when the flames consume most of the evidence, eyewitness testimony or interviews with suspects are crucial to solving these crimes. The Computer Voice Stress Analyzer (CVSA®) is a valuable tool in such cases because of its ability to detect deception, clear the names of the innocent, and confirm information that can lead to determining motive. Any firefighter will tell you that arsonists can be unpredictable and commit their crimes for a wide variety of reasons, so ascertaining their motivation can help the investigator with their line of questioning by focusing on what drives the individual perpetrator.

The Crux of Motivation in the Arson Suspect Interview

Why do people intentionally destroy property and human life with fire? The answers are widespread. Fire and Bomb Investigator Mike DeFrancisco with the City of Columbus, Ohio, is a CVSA Examiner who has a wealth of experience interviewing arson suspects. He says, “We see truly bizarre behaviors that are associated with fire setting. We see a lot of people who just aren’t thinking and they aren’t looking at the totality of what they are doing when they are setting fires.”

In an article on Firehouse.com, Robert Disbrow Jr., a veteran  firefighter and arson investigator with the City Of Bayonne, NJ, Fire Department, outlines the primary motivating factors for arsonists as: “vandalism, excitement, revenge, crime concealment, profit, and extremism.” These motivations are indicative of different personality types and may be related to the different methods used to start a fire. An extremist might use a molotov cocktail, for instance, while the person out for revenge may be more likely to just reach for the gas container in the back of his car.

In the interrogation room, establishing motivation helps investigators evaluate the suspect and determine how dangerous they are. For example, the person who sets a fire to claim insurance money on their house is probably a one-time offender, but the “firebug” who does it for kicks may be a serial arsonist. Knowing this information can develop leads to past crimes as the investigator questions the suspect about their interest in fire and helps determine how to deal with the particular arsonist.

Mike also points out something very crucial—when investigating an arson, it is equally important to rule out suspects who are innocent or who started the fire accidentally. Someone with no obvious motive can sometimes be ruled out through financial discovery, background checks, interviews with neighbors, or forensic evidence indicating the cause of the fire, but that can all take a significant amount of time. Offering the opportunity for a CVSA examination can help clear innocent suspects quickly and allow investigators to move on with the case.

It is sad to say, but there are even firefighters who become arsonists. The National Volunteer Fire Council (NVFC) put together a report on this phenomenon and admits that while it is difficult to ascertain motive and some believe pyromaniacs may be drawn to becoming firefighters, this is not a clear psychological disorder. Firefighters who have been convicted of arson typically had the same reasons as non-firefighters—some type of mental or emotional illness, drug or alcohol abuse, PTSD, financial gain, or revenge. Still, it is good to know motivation so that, for example, the firefighter with drug abuse issues or PTSD can receive the counseling they need or the person who set a fire for revenge can be prosecuted fully.

This report recommends more intensive background screenings for new firefighting recruits to help prevent hiring the wrong people. Just as in law enforcement, a CVSA examination could also be used as a tool to vet people entering the fire department. Learning the motivation of why someone wants to fight fire is just as important as knowing why someone wants to set them.

The Use of CVSA in Arson Interviews

More arson investigators are realizing that the interview process is just as important as collecting forensic evidence. Arson is a crime like any other, and law enforcement agencies around the country are utilizing truth verification systems like CVSA to help detect “deception” in the arsonist interview. In fact, the CVSA is recognized as being such an asset that it is included in the curriculum for The Florida State Fire College course on Latent Investigations. This course is part of the requirement for becoming Florida State Arson Investigator Certified.

Moving forward, it is important that this valuable technology is available to those who need it. Arson investigators are more likely to get information out of suspects accused of setting fires compared to police officers with limited knowledge of incendiary devices or the specific areas firefighters are trained in. This is why there is a push on fire education organizations or fire departments to promote the training of fire investigators as CVSA Examiners.

The interview with an arson suspect isn’t just about getting a confession—it’s about learning what tools they used to start a fire, whether they were working alone or with an activist group, or if they have committed similar crimes. Using every innovation available increases the number of arrests and convictions for arson investigators, and adding the CVSA to the firefighter’s toolbox helps investigators build even stronger cases. More importantly, it helps them ascertain the critical element of motive and protect the community from future attacks.