Mike DeFrancisco Discusses the Use of CVSA in Arson Investigations 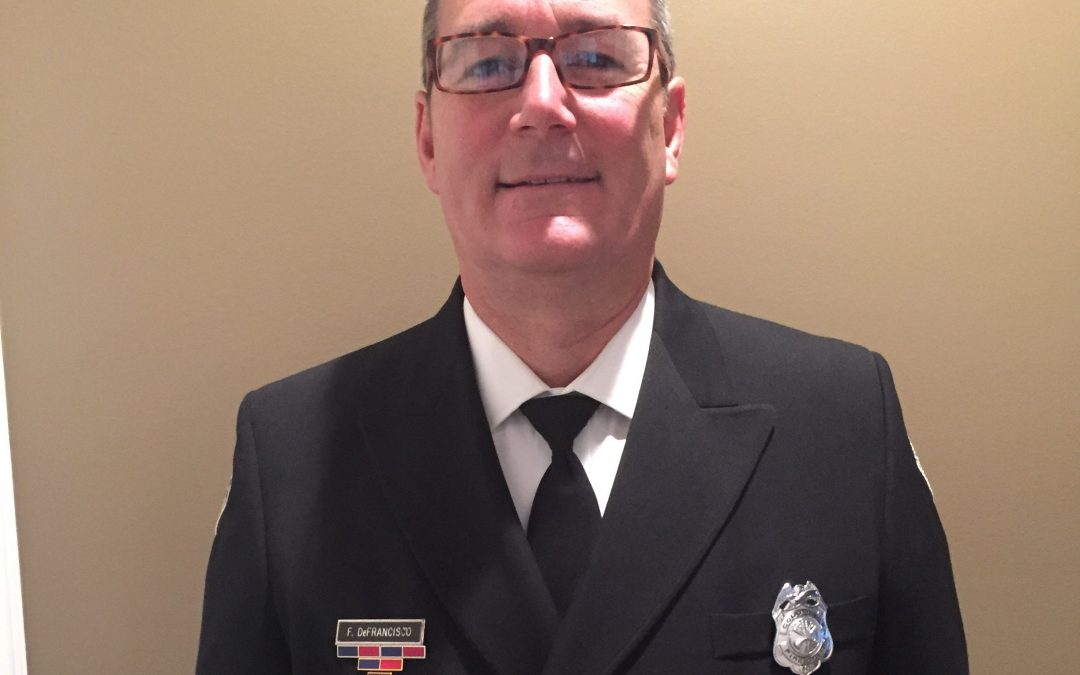 Oxygen, heat, fuel, and a chemical chain reaction—this is the fire tetrahedron that sparks a devastating flame capable of destroying lives.  A family is left homeless. Children perish while sleeping in their beds. A young person caught in a fire of their own making ends up in a burn ward.  Fire and Bomb Investigator Mike DeFrancisco has not only been witness to these atrocities—he investigates them.

Mike has devoted 30 years of his life as a firefighter with the City of Columbus, Ohio, Division of Fire, and as a Fire and Bomb Investigator for 17 years. Previously, Mike spent many years as a Deputy Sheriff. Being on call 24/7, Mike is one of 13 investigators in what is essentially a detective bureau helping 1,600 firefighters with their investigations.

According to Mike, his department investigates about a thousand fires a year, and “between 40 to 50 percent of those are intentionally set fires.” They have full law enforcement powers, and Mike says, “We took a lot of pride in our case solvability and arrests we made.” Still, he recognized the need for a truth verification tool to help with difficult cases, so Mike became a Computer Voice Stress Analyzer (CVSA®) Examiner and a Regional Director of the National Association of Computer Voice Stress Analysts (NACVSA). The CVSA has become an invaluable tool in his department, and he credits it with helping him solve a variety of high-level arson cases.

The Fifth Element: The Arsonist

Arson investigations are particularly challenging because there often aren’t any witnesses or evidence. Mike shares their dilemma: “We found that we were reaching out to polygraph operators occasionally who were employed by the state because we had people we felt…were involved in setting the fires but we had no way to get the verification we needed.” When a supervisor received information about the CVSA, the department approached some local insurance companies, and they agreed to purchase it for them.

Since acquiring the CVSA, Mike has used the technology in a wide range of challenging cases. The majority of their cases are intimidation, crime concealment, or people just trying to get out of a lease or similar scenarios, but the most difficult cases are those involving sociopaths or psychopaths who are also serial arsonists. Mike says, “We talk about different types of people who set fires, and one of the things I always say is that the fire setter or arsonist is probably one of the truly craziest people that you see.” Only firefighters can control a burning fire, so an arsonist has no control over what happens after he sparks that flame. Mike adds, “We’ve seen arsonists set themselves on fire, we see arsonists who set other people on fire, and we see arsonists who kill intended victims as well.” He goes on to say he has used CVSA at least four or five times to get a serial arsonist to confess, and it is effective with both juveniles and adults alike.

With serial arsonists, the goal is to stop them before they can cause more destruction but also to uncover any previous crimes they have committed. This not only brings justice to the victims but resolves insurance cases that are still open, and, as neuroscientist Marigo Stathis mentioned, sometimes the stress that shows up on the CVSA “can actually be due to prior crimes.” This is something of keen interest to Mike, who uses a line of questioning intended to elicit confessions of previous arson crimes. As he puts it, “We know they have already set fires. We are trying to find out what exactly they have done.”

In one noteworthy case, Mike responded to a fire, and “this gentleman told me that his dog had accidentally kicked a candle over when he was running through the house.” Later, it was discovered that the man’s girlfriend was missing. After learning this information, Mike planned to use the CVSA covertly on the man, but before he could do so, the individual actually confessed to Mike to killing his girlfriend during a follow-up interview.  Although Mike didn’t have the chance to actually use the CVSA in this case, he points out that covert use is an area where the CVSA is under-utilized and can be quite effective at catching particularly reticent suspects.

Dousing the Flames with Expert Testimony and Education

Mike is also an Expert Witness who testifies in court regarding arson cases. The National Fire Protection Association governs fire investigations in the United States and sets forth certain parameters regarding training guidelines and continuing education. He adds that the NFPA 921 is a guideline for doing fire investigations so that everybody is on the same page and they are “getting good, science-based information” out there about how to conduct investigations.

But although it is certainly important to educate those who will be using CVSA about the science behind the technology, it is also crucial to understand that CVSA is not just about catching guilty criminals.  In fact, Mike says he is most excited about cases when this technology clears the name of innocent people accused of arson. After all, it’s not uncommon for someone to accidentally start a fire and become a suspect.  While Mike is determined to catch serial arsonists, the crux of these investigations is simply finding out why people died in fires. As Mike puts it, “We don’t want to have a house full of people die as a result of somebody cooking on the stove and there is someone who got accused of setting the fire intentionally.” It’s important to him that people who have already suffered a loss don’t lose their reputations or their freedom because of a wrongful conviction. On the other end of the justice scale, those who intentionally set fires need to be convicted before they can do it again.

When we think of firefighters, we think of the men and women who bravely enter a burning building, but people like Mike solve fires and prevent other tragedies by sifting through the remains or interviewing suspected arsonists. These people are firefighters and crime fighters, and, like police, they have discovered that most cases are solved in the interview room with the help of trusted, scientifically proven technology.