Using CVSA to Clear Innocent Suspects During the Interview Process 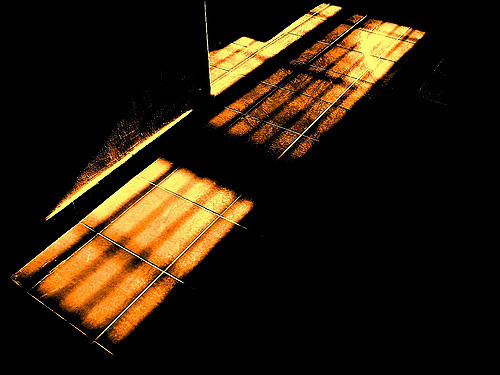 Over the holidays, while you have been celebrating surrounded by the warmth of family and friends, someone else is eating dinner with murderers, rapists, and thieves. This person isn’t one of them; he or she was just in the wrong place at the wrong time. Or perhaps they were wrongly identified by a witness or they confessed to a crime they did not commit under emotional duress.

Some of these people are lucky enough to be exonerated through DNA, new evidence, or the confession of the real suspect. The National Registry of Exonerations lists 1,944 exonerations since 1989, but the goal is, of course, to prevent the need for exonerations in the first place by only arresting those who are actually guilty of crimes.

The downward slide to a wrongful conviction often starts in the police interview room. It’s here where the witness lies or makes a mistake in identifying a perpetrator. Sometimes the suspect makes a false confession because they just want the interrogation to end or because they are confused or mentally ill. But this is also the place where a person could be set free and allowed to greet the New Year with their family. We’ve spoken with many law enforcement professionals and truth verification experts, and they all agree that the Computer Voice Stress Analyzer (CVSA®) is a powerful tool for not only catching the guilty but also clearing the names of the innocent.

Obtaining accurate results begins with interviewing suspects, and unfortunately, interview or interrogation methods such as the Reid Technique (which is often used with the polygraph) have been found to sometimes elicit false confessions that lead to convictions. Because of the adversarial nature of these interviewing techniques, innocent suspects can feel intimidated and alienated, causing them to confess just to get the interview over with or to withhold crucial information because of fear. This is what happened in the case of Juan A. Rivera Jr. Wrongfully convicted for the rape and murder of a young girl, Rivera confessed under the pressure of the Reid Technique. After almost 20 years in prison, he was finally exonerated and received a large settlement.

In contrast, the investigators trained to use CVSA focus more on building rapport and less on aggressive interrogation methods. They endeavor to make suspects or witnesses as comfortable as possible and conduct the interview in a more conversational manner that encourages interviewees to open up. Because of this, suspects are less likely to confess out of fear and investigators are able to achieve more accurate results.

The goal of a criminal investigation is to get the bad person off the street in order to protect the community. There is a lot of pressure on law enforcement to do so, especially in high profile cases or when the criminal is still at large. But although it may be easy to focus on the end goal of a confession, that confession has to be verified. This is where the CVSA makes a difference by being able to both indicate the truthfulness of a confession and prompt reticent suspects to spill the truth.

Veteran Columbus, Ohio, Fire and Bomb investigator Mike DeFrancisco weighed in on his experience: “I have gotten a lot more people out of trouble with the CVSA than I have gotten in trouble.” Mike adds, “In the old days, it would have been very easy for someone to make a mistake and file charges on that person just on their gut, if you will, or the evidence they have at hand.” He says that forensic evidence isn’t always as reliable as one would think, so interviews and interrogations are critical sources of information in the sorts of investigations he conducts. And since people can lie or provide faulty information so easily, the CVSA has proven itself indispensable in ensuring the accuracy of such interviews.

In one notable case, CVSA Analyst/Det. Lisa Morales of the Miami-Dade Police Department cleared a woman accused of stabbing her ex-boyfriend who was also the father of her son. Not only did the victim point his finger at the woman, but a nephew of the “victim” also claimed to be a witness. But when the suspected woman passed Lisa Morales’ CVSA examination, the nephew confessed to stabbing his uncle and conspiring to accuse the woman so the father could get custody of their son. This is just one of the many cases in which CVSA has saved an innocent person from conviction by helping to achieve a confession.

No one is immune from being falsely accused of a crime—even those working in law enforcement—and many people take CVSA exams in order to clear themselves.  Chad Jeansonne, a CVSA Examiner, tells us about a correctional officer accused of being involved in the escape of an inmate. Chad performed the CVSA examination and, “not only did the charts indicate there was ‘no deception,’ but the investigation that continued revealed other facts that exonerated him and validated what I saw in the charts.” He adds, “That is perhaps one of our most important jobs—exonerate the innocent.”

Don Wiebe, another veteran law enforcement officer and CVSA Examiner, also has experience with false accusations. He says, “The CVSA has been directly responsible for clearing two persons that had been charged with serious sexual assaults. Both had been before the courts and would likely have been convicted for crimes they did not commit.” One instance involved a female patient who accused her doctor of sexually assaulting her. When the CVSA showed she was being deceptive, the doctor was able to return to his life as before.

Even if an individual isn’t convicted because of a wrongful arrest, their reputation can be ruined once they become a person of interest. Everyone remembers the headlines when someone is suspected of a crime, but not as many people read the smaller articles announcing the person was cleared. If the CVSA can be used at the beginning of an investigation to rule out possible suspects, it protects the individual and let’s police focus on the search for the real criminal.

In the worst-case scenario, a person may be wrongfully convicted and end up on death row. According to the Death Penalty Information Center, “There is no way to tell how many of the more than 1,000 people executed since 1976 may also have been innocent.” That said, there have been cases where individuals have been executed where there was doubt about their guilt, and in some cases, a convicted person was executed and later pardoned posthumously.

In the best of times, we all want to support law enforcement in bringing justice to the wrongfully accused or helping them prove their innocence before they are punished. When the CVSA chart shows “no deception,” that can be the start of a new life for someone whose story just needed verifying. That falsely accused person could be you—wouldn’t you want every tool available to clear your name?