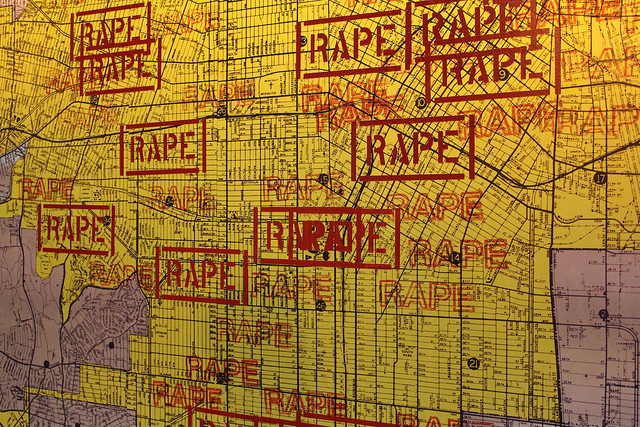 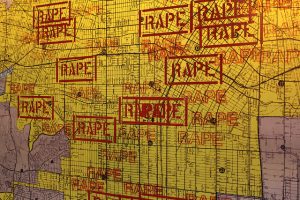 When a person calls 911 to report sexual assault, there is no time to debate whether these allegations are true. The alleged victim’s word must be taken at face value until further questioning and investigating can verify the story. But if allegations are proven false, the ramifications go beyond impacting the accused’s reputation—it can even affect real victims of sexual assault and rape. Unfortunately for real victims of sexual assault, false accusations make it harder for true accusations to be heard and believed. Validating information about a sexual assault needs to happen quickly, on behalf of both the alleged victim and the accused, which is why an innovative truth verification tool, the Computer Voice Stress Analyzer (CVSA®), is becoming invaluable in police interview rooms.

This type of quick resolution was needed in Burbank, California, when a woman reported that a man raped her after asking to use her bathroom during her yard sale. Police caught the suspect two blocks from her home, running from the scene of the crime, and arrested him.

Nationwide, statistics show that sexual assaults are all too common, with FBI estimates of 90,185 rapes reported in 2015. This type of crime is even more challenging to handle because many sexual assaults sadly go unreported, with some reports estimating 2 out of 3 rapes are never reported. Still, just because someone is suspected of sexual assault doesn’t mean he or she necessarily committed the felony. While the FBI no longer collects this data because it is too difficult to validate, the 1997 report showed that approximately 8 percent of rape accusations were “unfounded.”

The “he said, she said” nature of many sexual assault cases makes it critical that investigating officers have a reliable means of validating such accusations. It is equally important to avoid causing further distress when interacting with victims of sexual assault who are already suffering both physically and psychologically. In an effort to maintain a more sensitive approach, California’s Penal Code section 637.4 prevents law enforcement from offering a truth verification examination to sexual assault victims. These examinations can, however, be given to the accused, and a CVSA exam with the alleged perpetrator is often the best method to ascertain the truth when it is one person’s word against another.

When he was taken into custody, the man accused of rape declared his innocence. He admitted to asking for entry into the woman’s home but stated that when he came out of the bathroom, she had taken off her top and was trying to seduce him. They had consensual sex, he reported. While dressing, he found twenty dollars on the floor, and when he went to pick it up, she grabbed him. He pushed her away and ran out.

The suspect was charged based only on the woman’s statement, which was compelling but didn’t prove her allegations by itself. Unable to validate her claims through truth verification technology due to legal restrictions designed to protect victims of sexual assault, the police had to focus on the word of the suspect. To do this, Detective Craig Ratliff of the Burbank P.D. chose to offer the suspect a CVSA examination. Ratliff was both a Polygraph Examiner as well as a CVSA Examiner, so he knew that the CVSA examination takes approximately half the time of a polygraph. Moreover, the Burbank P.D. had been finding better results with this more accurate system.

The CVSA identifies markers of stress in the human voice. When we speak, the muscles in the vocal tract vibrate naturally. When we are under stress, these muscles oscillate at a faster rate. The CVSA displays changes in the FM frequency of the subject’s voice in a chart, allowing the Examiner to see which questions caused increased stress, which indicates possible deception.

Exams that focus on measuring physiological stressors, such as the polygraph, can be affected by situational stress. In this example, this suspect would have been stressed after running from a crime scene, being arrested, and questioned by detectives. The polygraph collects data on breathing, respiration and perspiration—all factors that would have been elevated regardless of the subject’s guilt or innocence. In addition, if he had been given a polygraph exam, he would have been subjected to even more pressure: the examination requires the subject to be hooked up to a device with sensors and tubes wrapped around the body. By contrast, the CVSA merely requires a microphone clipped to a subject’s clothing to record his or her voice while the individual answers a series of questions. Similarly, during a polygraph examination, he would have been required to sit still for approximately twice as long as the CVSA examination. The subject’s situational stress could have skewed the polygraph results, easily leading to a false positive, false negative, or inconclusive result.

Indeed, the CVSA isn’t subject to such vulnerabilities. The exam is a more comfortable, non-invasive process designed to reduce situational stress. The subject sits comfortably with a microphone clipped to their lapel rather than being encumbered by the heart rate, blood pressure, and respiration monitors. CVSA Examiners also use interview techniques that build rapport with subjects and help them relax, and the shorter test time is valuable for anyone eager to get out of the police interview room. In short, the whole experience is more conducive to lowering stress in sensitive situations and ensuring accurate results. In a sexual assault case, the CVSA is more effective than the polygraph when interviewing the accused, who may be innocent and is compelled to talk about intimate details. For example, in the Burbank case, the alleged perpetrator had to discuss a real sexual encounter, even though he stated it was consensual. In jurisdictions where a victim is allowed to take a truth verification exam, the victim will be in an even more a delicate situation. The goal in both cases should be eliciting truthful information while causing the least amount of distress for all parties involved.

A Resolution for the Falsely Accused

In the case of the accused rapist in Burbank, the suspect agreed to the CVSA, and his examination indicated he was telling the truth. Although police couldn’t offer the victim the same opportunity to validate her statement using truth verification, they called her back for questioning and informed her that the suspect had passed the CVSA exam. It was then she admitted the sex had been consensual and that she had, in fact, initiated the act and then lied about it.

The case’s quick resolution saved an innocent man from prosecution for a crime he didn’t commit. Even if he had not been sentenced to jail time, a false accusation can ruin a person’s reputation. Fortunately, this man returned to his life exonerated of the crime. Meanwhile, Burbank P.D. law enforcement could continue their search for real suspects without wasting more valuable resources on a false claim. The CVSA has helped identify numerous guilty criminals and achieve confessions, and though law enforcement is dedicated to getting those real perpetrators off the streets, exonerating an innocent person and freeing up police resources to investigate actual crimes is valuable for the entire community.