The Effects of Psychological Priming and Ethical Considerations in Interrogations 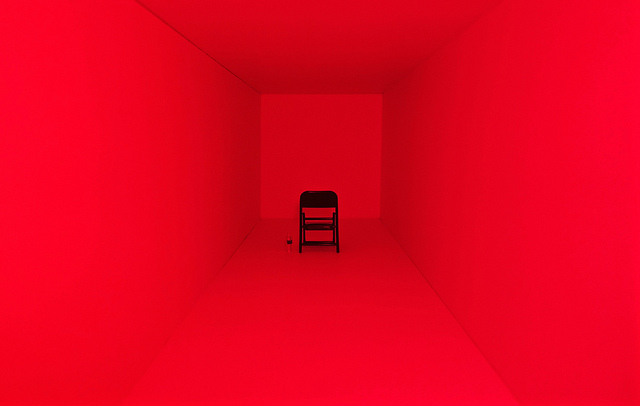 In the early 1970’s, young men who sometimes got in trouble with the law would mention with horror…the phonebook. The city I lived in had a three-inch phonebook. Rumor was, some cops used it as a cushion to dissipate the energy from a baton blow over a larger area.

And such rumors were not unfounded. In 1983, Barry Lee Fairchild of Little Rock, Arkansas, was convicted of being an accessory in the kidnapping, rape, and murder of Marjorie Mason. Allegedly, the police beat Fairchild with a phone book and in his videotaped statement, he appeared battered.  He admitted he had been at the scene but did not participate in the rape or murder. Fairchild was executed in 1995. Years later, deputies admitted it was common practice to assault suspects at that time.

The word “interrogation” has been weighed down by instances like these, and today, law enforcement is working to create an interview approach that engages with suspects. To this end, we’ve formulated and studied psychological interview techniques that allow us to gather information without resorting to the physical tactics of the past. In addition, truth verification technology is evolving from the polygraph—often paired with the more aggressive Reid Technique—to the less invasive Computer Voice Stress Analyzer (CVSA®). There has been a paradigm shift as police interrogations become more empathic and focused on information gathering strategies.  But has psychological priming become the “phonebook” of the past or has it helped policing evolve?

Evan Crawford Dawson’s 2015 dissertation, “Improving Investigative Interviews: Facilitating Disclosure of Information through Implicit Means,” points to several studies that show the information gathering interview provides more detailed results and leads to fewer false confessions. As part of this dissertation, Dawson conducted a study on “Priming to Promote Disclosure.” What is “priming?” Researchers Tulving and Schacter describe it as a “nonconscious process of memory whereby implicit influences enhance people’s ability to recall or recognize something that they have been previously exposed to.” Basically, a prime is a kind of stimulus—whether verbal, visual, or psychological—that influences an individual and their behavior in ways they don’t realize. For example, Dawson found that word associations—such as using aggressive words like “gun” or “hurt”—can provoke ideas or, as he put it, “concepts of aggression.”

Other forms of priming include Strategic Use of Evidence (SUE) and the Cognitive Load Approach (CLA). All these strategies involve some form of psychological manipulation but are meant to build rapport and help the suspect open up the interviewee. Dawson’s research found that “an interviewer can semantically structure the interview to facilitate disclosure” by using words that make participants feel comfortable and encourage them to disclose more information.

Dawson also focused on the setup of the room. This strategy is used with the Reid Technique and polygraph exams where a cold, sterile environment is standard. But Dawson found that there was more self-disclosure when the interview room was “soft” with comfortable furniture, gentle lighting, and rugs on the floor. A sense of warmth in the environment helps build trust, even if the people in the room are adversaries.

And we can’t forget that this is often the case—the law enforcement officer is, in many cases, an adversary to the suspect as he or she seeks either a confession or proof of innocence. While the goal of psychological priming is obtaining truthful information, there is still concern in the policing and psychological community that these techniques, while effective, come with their own challenges. Priming strategies must be ethical, and only empirically tested and positive psychological methodologies should be considered.

The Ethics of Psychological Priming

We may not be hurting the outside of the body, but what are we doing to the mind when we use psychology to manipulate another human being? If done without the proper ethical framework, priming can lead to false confessions, as was the case when some Reid Technique lawsuits declared it a coercive method.

University of British Columbia researchers Stephen Porter, Katherine Rose, and Tianna Dilley created a study focusing on the ethics of this type of applied science when “advising police on interrogation or other investigative strategies, evaluating the credibility of suspect statements, and consulting with emergency response teams in hostage-taking or barricade situations.” As an example of what can go wrong, they point to the American Psychological Association (APA) and their participation in developing coercive psychological interrogation and methods of psychological torture such as sensory deprivation. This led to the Hoffmann report, an independent 542-page study that resulted in the APA vetoing any involvement by APA members in specific national security interrogations and the dismissal of the APA’s CEO, deputy CEO, and Communications Chief. This case clearly shows the dark side of using psychological methods, but, in spite of such ethical breaches, there is still a role for psychologists in the world of criminal investigations.

What the Canadian study points out is the value of psychologist studies in the field of lie detection. It states, “psychologists have established evidence-based approaches that can assist in the search for truth.” CVSA Examiners are constantly upgrading their skills and examining ways they can be more effective while causing the least amount of harm. Some forms of psychological priming are positive—such as providing a room that offers comfort—but we need to ensure we don’t move into the same territory as the APA did when their techniques became unethical. We will continue evaluating studies such as these and take the advice of psychologists to use best practices in the goal of truth verification. After all, not only do ethical practices in interviewing suspects provide stronger information, but those confessions also have much better chance of holding up in court.