Use of the CVSA in Analyzing Covert Voice Recordings 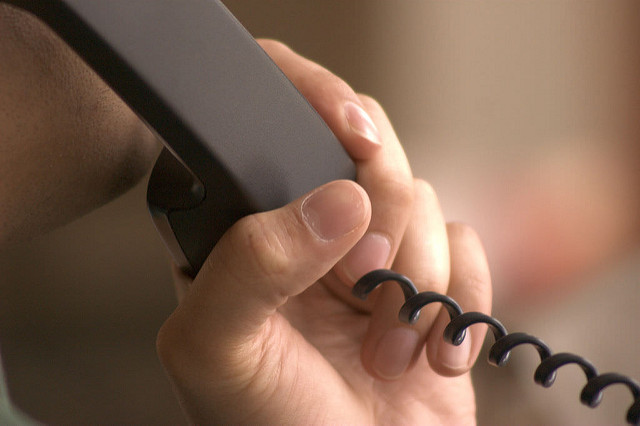 The image of the police detective or PI lurking in dark corners to secretly record a conversation is the stuff of film noir. But while it may not be as melodramatic, real law enforcement officials also, on occasion, have to act surreptitiously in their investigations. Those of us who have worked in the undercover world or as investigators who obtain information and evidence by covert means have a mandate to do so. In this technology driven world, even the public is using spy tech purchased online to record video or audio in amateur investigations or for nefarious means.

And it isn’t just the world of surveillance that provides a surfeit of recorded material; we are doing it ourselves every day in the form of “sousveillance,” a term coined by University of Toronto Professor Steve Mann.  According to him, sousveillance is the recording of our own activities through technology.

What this means is that it has become much simpler and more common to record a suspect covertly over a telephone, Skype, or another form of communication. It’s also much more likely that officers may come upon evidence that involves pre-recorded audio, whether it is posted online or found on a seized item such as a computer. What has been more difficult is to ascertain whether that information is truthful. You can’t pull out a polygraph machine and hook someone up when they don’t realize they are being recorded. You can, however, analyze such audio with the Computer Voice Stress Analyzer (CVSA®), even if the recording is years old or in a foreign language.

Conducting interviews without the aid of a truth verification tool can provide leads, information, or even a confession, but there is often no way to verify the truthfulness of the answers. In many cases, there is no polygraph examiner or CVSA Analyst on hand during these interviews. Such was the case in Ohio when ATF and FBI agents interviewed a suspect in a number of pipe bombings and cleared his name. But a detective in the regional agency had recorded the interview and wasn’t convinced the man was innocent. He asked Darke County Sheriff’s Department Chief Deputy and CVSA Analyst Ron Smalldon to run the recording through the CVSA.

The exam detected “deception,” but Smalldon wanted more validation, so a few other CVSA experts participated in a cold call. This is where another examiner reviews the CVSA charts without knowing the questions asked or the identity of the person interviewed. They analyzed the CVSA charts and also found deception. Based on this information, detectives interviewed the suspect a second time. They obtained a search warrant for the suspect’s house, discovered pipe bomb paraphernalia, and arrested the guilty man who almost walked free. This is just one of many ways the CVSA can be used in analyzing recordings obtained by others or through covert means for truth verification.

The Range of Applications for Analyzing Audio with CVSA

The CVSA can analyze recordings in all formats and any type of situation. Detectives who work undercover often gather verbal evidence from covert recordings in person, such as in drug busts or other crimes where engagement with the suspect is the only viable means of interaction. Even if you have physical evidence, the recording can provide more information, but we know these criminals lie.  Let’s say a drug dealer shares information about where he gets his supply. It could be a red herring. Using the CVSA, detectives have a stronger chance of determining if the information is true.

Investigators who have worked in one of the worst areas of criminality—sex crimes—have also used CVSA effectively when engaging with perpetrators online or over the telephone. It’s even possible to analyze tapes such as YouTube or Facebook videos or any other type of audio recording a suspect may have made themselves.

One of the most valuable attributes of the CVSA is that it can be used on older recordings, which is why CVSA analysts are often brought in to work on cold cases when there are audio recordings of interviews. It doesn’t matter how many times humans have listened to these recordings—if they have come away with nothing, perhaps it is time to bring in this technology and learn whether someone was really being deceptive or truthful. Re-examining the evidence often leads to a new line of investigation. And, just as with the use of DNA evidence to clear innocent people, the CVSA analysis of recordings could also lead to exonerating those who were falsely accused.

How CVSA Works with Recorded Material

Unlike the polygraph—which can only be conducted on a person sitting in a room with the examiner while they measure physiological changes in the body such as heart rate, respiration, and perspiration—the CVSA records changes in the FM frequency of the voice. These frequencies are undetectable to the human ear, but they do show up on recorded materials. In a formal interview, the CVSA analyst will use a series of direct questions that consist of irrelevant as well as relevant questions. The typical CVSA interview is structured in a “yes” or “no” answer format, but the technology is also adaptable to situations when someone is having a conversation or spouting a monologue, as long as the recording is clear enough without excessive ambient noise.

As a society, we’ve become accustomed to recording every event of our lives on our phones, and, yes, even criminals do it, too. The bragging bank robber, the manipulative con man, or the pedophile grooming his next victim all may make incriminating statements that can be recorded. And when these recordings are analyzed by the CVSA, law enforcement can often covertly discover the truth.