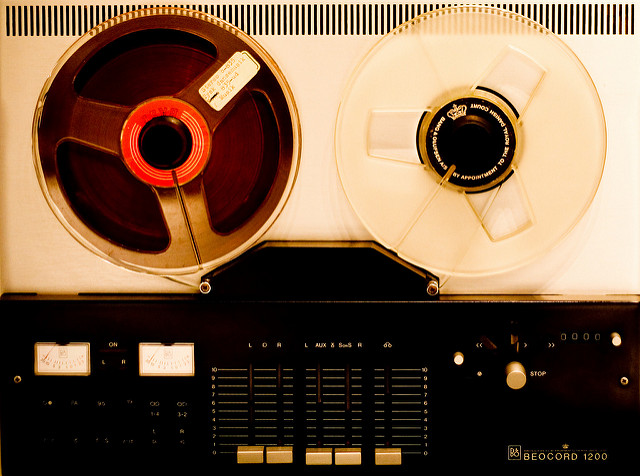 Voices from the past have stories to tell, but sometimes those stories are only fables. If those voices are recorded on audio or video files—whether analog or digital—we can go back and reexamine them for the truth. The lies told on those tapes may have never been disproven, and a suspect may even have gotten away with murder. If we go back and listen, we might hear a different story.

Cold case investigators searching through old evidence often find recorded statements of suspects who were discounted. Due to the time passed, the cold case investigator starts out at a disadvantage, but sometimes these recordings can turn their luck around and solve cases when other detectives have run out of answers.

This was the case in Cocoa, Florida. Detective Gordon Chase of the Cocoa Police Department was assigned a cold case regarding the homicide of a young woman six years prior. During the initial interview, two suspects were cleared when they passed voluntary polygraph examinations. Detective Chase discovered their tape-recorded statements and reexamined them for deceptive answers. This would be the key to unlocking the mystery of who brutally murdered an innocent woman.

A study published by The Justice Project compared the recording of custodial police interviews to the use of DNA evidence. Both can provide evidence of guilt or clear an innocent suspect in either current or cold cases. Just as DNA evidence is now collected and stored for future reference, we should be taking the same precautionary measures by recording suspect statements for all felonies. Tape recordings can later be analyzed “for inconsistencies or to evaluate a suspect’s demeanor.” Not only does this help prevent false confessions and protect the suspect, but it also protects the officers from any accusations of wrongdoing in the interview process.

Proper handling and preservation of these electronic or digital recordings is also important, as it is imperative that the evidence not be tampered with. In addition, videotaped recordings are preferable to audio because the visual component adds another level of scrutiny to the proceedings. That way, if you bring the person in for questioning again at a later date, you have a clearer idea of who they are and how they react in certain situations.

Detective Chase was also a Certified CVSA Examiner, so he analyzed the suspects’ recordings using the Computer Voice Stress Analyzer (CVSA®). Using this truth verification technology—which is highly effective with both live subjects and recorded material—he ruled out one suspect. The recorded statement of the other suspect indicated deception when she was asked about committing the murder. He was able to locate this woman, and she was given a CVSA examination in person. Again, the charts showed deception. Forty minutes of questioning led to the suspect admitting she committed the murder and providing information on how she disposed of the murder weapon.

The Extraordinary Success of Closing the Cold Case

Cold cases are some of the most challenging projects police investigators face, and officers like Detective Chase deserve our praise for bringing these difficult cases to resolution. Families who grieve their loved ones will never fully recover from their loss, but they can have some peace and some justice—something which is, unfortunately, rare in the world of cold case investigations. According to a 2011 Rand Corporation study based on a nationwide survey of police and sheriff’s’ departments, approximately one in five cold cases are cleared, which they consider a very low rate. Plus, approximately one in twenty cold-case investigations resulted in arrest and of those, only one out of 100 led to a conviction.

There are numerous reasons for these low rates of resolution. Some agencies don’t have staff dedicated to working cold cases or the financial resources needed to investigate cold cases. There may also be a lack of physical evidence. The study pointed to an increase in the use of firearms to commit murders, and when the killer doesn’t get close to the victim, it’s less likely that DNA or tissue evidence will be available.

On the other hand, advances in forensics and DNA have helped close some cold cases and exonerate innocent people. Another area of advancement has been in the truth verification technology sector. The two suspects in this case both passed a polygraph examination, but this technology has a high rate of false negatives and can be compromised through various countermeasures. The CVSA technology that Detective Chase utilized, however, has no such flaws. The ability to analyze recordings as well as live voices for deception is what gave Chase the lead he needed to move the cold case forward, re-interview the suspect with the aid of the CVSA, and obtain a confession.

One case closes, but another one is opened—and another and another. Finding the truth in those recorded statements is one piece of a puzzle that can help create a clear picture of what really happened. This encourages the possibility that, somewhere, another family will get a call from a detective telling them that there has finally been an arrest in their case.