The Science Behind the CVSA: Olof Lippold and the Discovery of Microtremors in the Human Voice 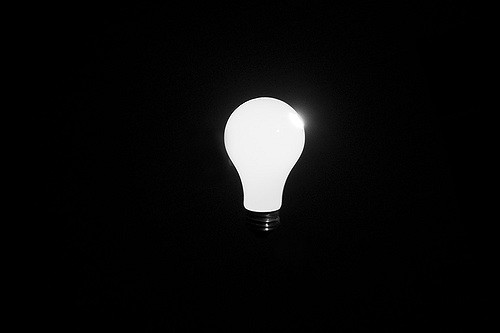 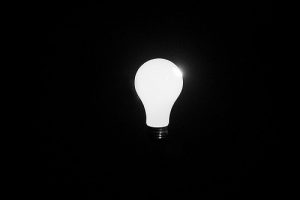 A lightbulb moment lead to the invention of the CVSA. Image source: Flickr user Joey Gannon.

Scientists are constantly re-inventing the wheel and building upon and adapting other people’s discoveries. When we unbox that new piece of technology, we are just excited to see it work, but knowing how it works and how it evolved to this version can help us understand the product better. At NITV, we like to take credit for the Computer Voice Stress Analyzer (CVSA®); after all, our founder has two patents protecting our invention. Still, we took inspiration from a long line of discoveries to create a modern-day truth verification system. We have Olof Lippold to thank for investigating a discovery made by two other scientists, Martin Halliday and Joe Redfearn, which ultimately led to the application of their work in the development of the CVSA.

A Different Approach to Measuring Stress in the Human Body

The invention of the polygraph in 1921 by John A. Larson was a breakthrough in truth verification technology. This older technology measured physiological stress through sensors. Changes in heart rate, blood pressure, breathing, and galvanic skin response (GSR) indicated “deception” when there was a spike in these responses during questioning.

All these physiological responses do indicate stress, but the technology was clumsy in application. Although others went on to refine the technology, it had vulnerabilities such as inconclusive results and has been subject to countermeasures that to this day have not been effectively addressed.  There had to be a better way.

The Discovery of Muscle Tremor Frequencies

Martin Halliday and Joe Redfearn were researchers at the National Hospital in London. In 1956, they produced a study based on the fact that muscular activity is associated with tremors, even in healthy people. The researchers discovered that the tremors were oscillations of a “reflex mechanism” that controlled tension and length in an outstretched muscle. These events could be measured or recorded as frequencies based on their theory that “that the mechanical properties of the trembling part might contribute a ‘natural frequency’ of oscillation to the tremor, similar to the resonant frequency of a vibrating reed or a tuning fork.” The tremor peaked in the range “between eight and twelve cycles per second.” They were successful in validating their thesis, and their paper became an inspiration for Olof Lippold.

Olof Lippold was a researcher at University College London at the time. Lippold started his research in 1957 with the discovery Halliday and Redfearn had made as a jumping-off point.

The culmination of his research was published in 1970 in Scientific American, and “Physiological Tremor” related those tremors to physiological stress. When we feel stress, the muscles in our body are tensed to prepare for fight-or-flight. What Lippold discovered was that all muscles in the human body, including the vocal chords, vibrate at a certain frequency—an 8-12 Hz range—as muscles tighten and then relax in an effort to maintain tension.

Lippold was able to chart these oscillations using electrodes applied to the extensor muscle of the middle finger. He recorded the data on an Electromyograph (EMG), a medical technology designed for evaluating and recording electrical activity generated by muscles in the human body.

Focusing on Stress in the Voice

After Lippold’s discovery of how to measure these frequencies, the next step was to hone in on the muscles that control the voice.

In 1972, three retired U.S. military officers—Allan D. Bell Jr., Wilson H. Ford, and Charles R. McQuiston—formed the original Dektor Counterintelligence and Security, Inc. and filed a patent for an invention that took Lippold’s work and translated it to a device that would analyze voice recordings. Their invention was called the “Psychological Stress Evaluator (PSE).” It was the first Voice Stress Analyzer.*

Dektor’s founders developed the McQuiston-Ford algorithm to measure the frequencies caused by the muscle tremors studied by Halliday, Redfearn, and Lippold. In the same way that any muscle reacts to stress by alternatively relaxing and tensing in fight-or-flight mode, the muscles that control the voice do the same. This is what produces the FM frequencies in the voice, which are referred to in the various studies as “tremors,” “vibrations,” or “oscillations.” The human voice isn’t affected by the changes in the muscle, and there is no sound involved; it is purely a muscle change in response to stress that can’t be discerned by our ears but can be analyzed by technology when the voice is captured via microphone.

The Advent of the CVSA

All these inventors, unknown to each other, were collaborators in a process that would eventually result in the CVSA as we know it today, which debuted in 1988. Halliday, Redfearn, and Lippold, despite being men of vision, couldn’t possibly have predicted how their work would result in a software program that works on a laptop computer. They never dreamed that the old sensors of the polygraph would be replaced by a microphone clipped to the collar of an interview subject. The researchers who studied these tremors couldn’t foresee a day where those measurements would be analyzed from recordings as old as the papers they published or that this information could be shared over the Internet. We still owe them a debt of gratitude.

The science behind the CVSA started with a spark of an idea that led to a discovery—adapted, refined, and built upon by others. Every invention is a collaboration, and we continue to honor those who made previous discoveries while focusing on taking truth verification into the future.