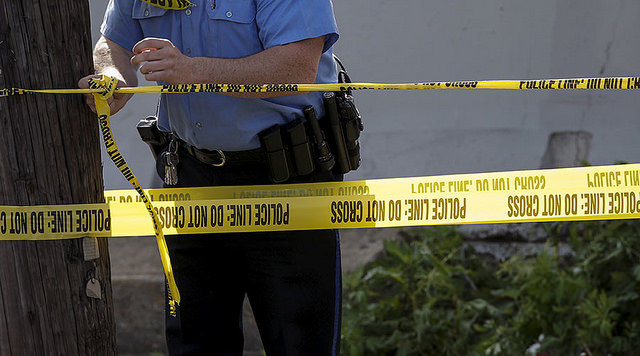 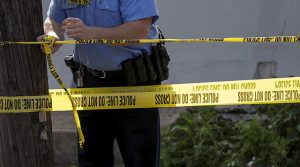 Recovering a missing murder weapon is a major coup for law enforcement. Even with a confession, every bit of physical evidence adds weight to the prosecution’s case. The murder weapon often provides DNA for both the victim and the accused or evidence such as matching wound marks. Officers can even use knowledge of the weapon as a tool in the interview room by employing Strategic Use of Evidence (SUE). Letting the suspect know they have the weapon can help promote discussion and a confession.

However, when the murder weapon is nowhere to be found and physical evidence is scarce, law enforcement must start with suspect and witness interviews. This was the case when 33-year-old Kimberly Hain was brutally murdered on May 22, 2009, in her West Valley City, Utah home. There were no witnesses, but her two children found her body. Once their father, Patrick, arrived home, he called the police. West Valley P.D. started searching for the killer, but it wasn’t until they administered a Computer Voice Stress Analysis (CVSA®) exam on a suspect that they were able to gather sufficient evidence to resolve the case.

The Challenges: No Witnesses, No Robbery, and No Murder Weapon

Kimberly died from strangulation and blunt force trauma, but it wasn’t clear exactly what object had been used to kill her. There was no forced entry and nothing was taken from the house, making it difficult to establish any leads. Her children—Terran, age nine, and Callie, eight—had both been diagnosed with autism and neither had witnessed the actual murder.

Police interviewed Kimberly’s husband, but during the time of the murder, he was working as a nurse at a local hospital. They also spoke with 18-year-old Martin R. Vuksinick, who lived next door to the Hain’s with his parents. The two families had been close, and after the murder, he was seen on a newscast about the crime consoling the victim’s husband—but his behavior seemed odd.

When Vuksinick was brought in for questioning, he expressed shock at the events but did not admit to any involvement. He was offered a CVSA examination conducted by CVSA Examiner/Detective Steve O’Camb. Using a microphone, this innovative technology measures signs of stress in the human voice. Numerous scientific studies have demonstrated the CVSA is more accurate and less invasive than alternative forms of truth verification, such as the polygraph.

The CVSA exam results indicated deception. In important cases like these, CVSA Examiners always obtain a second opinion or conduct a “cold call” in which another examiner reads the CVSA charts. It’s another level of checks and balances. Detective Mike Fossmo, also a certified CVSA Examiner, concurred with Det. O’Camb’s opinion. After Vuksinick saw the charts, he confessed to murdering Kimberly. In the early morning, Vuksinick snuck into an unlocked door of the Hains’ house to steal a laptop, but Kimberly confronted him. He claimed to be on cocaine at the time, and, panicking, he beat Kimberly to death with a baseball bat. This ability to show suspects the easy-to-read chart is one of the CVSA’s most important assets, as suspects often confess when faced with evidence of their lies and provide important information―such as the location of the murder weapon.

After the CVSA exam, Vuksinick led police to the field where he had disposed of the murder weapon. Even though the police had a confession, a murder weapon is a powerful visual tool that serves as a compelling piece of evidence in the courtroom. Finding the baseball bat truly provided a complete and comprehensive case for the prosecution.

Vuksinick pled guilty to aggravated murder and was sentenced to 20 years to life in prison by Judge Judith Atherton. While Kimberly’s family wanted the death penalty, they agreed to the plea deal to protect the children from the jury trial. The Hains family, including the children, were present at Vuksinicks’s sentencing, where he expressed remorse and explained how he was in a cocaine fueled rage.

The Value of the CVSA Behind Prison Walls

Unfortunately, Vuksinick’s violent streak wasn’t gone. While in Utah State Prison, Vuksinick was charged with stabbing another prisoner, Tristan Lamoreaux, with a 4-inch screw, six times. Lamoreaux survived his injuries, but Vuksinick was charged with possession of items prohibited in correctional facilities, aggravated assault with injury by a prisoner, and attempted aggravated murder.

Prison crimes like these are difficult to solve because witnesses often refuse to implicate other inmates, either out of fear or solidarity. More prisons are using the CVSA in their internal investigations for inmate-on-inmate crimes or criminal activity by or against prison guards.  Robert A. Gamberg Sr., a Correctional Lieutenant at California Correctional Center (CCC), became a certified CVSA Examiner and found the CVSA greatly improved the quality of investigations into prison crime.

Law enforcement officers, whether working in the community or inside prison walls, face deceptive suspects every day. The CVSA has become an important tool in the police interview room because the examination process is efficient, the results are accurate, and the charts prompt guilty suspects to confess. After all, without the CVSA highlighting his deception, Vuksinick may never have confessed and the weapon may not have been found, leaving a family living next door to a murderer. The CVSA is used nationwide to help law enforcement bring the prosecution the evidence they need.