Taking Environmental Crime and Eco-Terrorism into the Police Interview Room 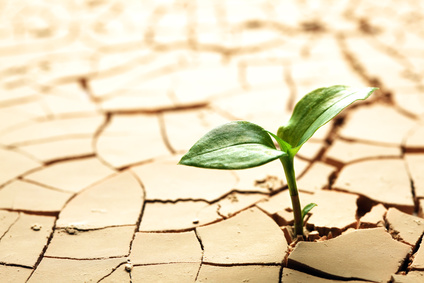 I just poured myself a glass of tap water and am drinking it, trusting that my local municipality is concerned about the safety of that life-sustaining liquid. Some people aren’t so lucky. We take our planet and its gifts for granted sometimes, but criminal acts can destroy our water, air, or other natural resources. On the opposite end of the spectrum, eco-terrorists who claim to be working for the common good sometimes put human lives at risk in protest actions culminating in illegal acts against property and people.

Environmental crime isn’t just a purview of the U.S. Environmental Protection Agency (EPA), which enforces environmental laws on the federal level. When these acts of eco-terrorism are reported by the public, law enforcement often starts the investigation or becomes involved in gathering evidence for criminal prosecution.

Ultimately, it doesn’t matter what you think about global warming or animal rights; a crime is a crime, and when human lives are endangered, law enforcement has to get involved. People who intentionally or negligently hurt the environment and their community need to be identified, interviewed using trusted techniques and technology, and, if guilty, prosecuted.

For 2016 alone, the EPA reported 170 criminal cases opened and 184 defendants charged. Most of these cases involved corporations polluting water or air by illegal or negligent acts. However, some also involved fraud, such as those companies promoting “green” alternatives. In one case, Philip Joseph Rivkin was convicted for “generating and selling fraudulent biodiesel credits in the federal renewable fuel program.” He scammed people out of over $50 million.

The public wants accountability for these acts, and that’s why environmental activists like Erin Brockovitch have become so famous. Erin brought the public’s attention to the contaminated drinking water in Hinkley, CA, which led to a lawsuit against Pacific Gas and Electric Company. In doing so, she also inspired other citizens to report such crimes to local law enforcement. And when they do, we need to be ready.

These investigations can involve people from big-name CEOs to the guy dumping stuff he has no idea is toxic, and cover-ups of neglect to protect corporate assets are common. In one recent case, the Department of Justice levied a $40,000,000 fine against Princess Cruises for dumping contaminated water into the ocean to save the cost of transporting the waste to shore. There are claims upper management knew about it, and so it would be crucial in this case to interview individuals at all levels. The workers who dumped the waste, staff or passengers who may be witnesses, the Captain, and people at corporate headquarters would all have to be interviewed in order to discover who gave the order and who executed it.

The Computer Voice Stress Analyzer (CVSA®) is an asset in situations such as these. The examination can be conducted outside the police interview room and taken to the boardroom or out in the field to the site of an environmental disaster. And though that corporate executive might balk at being hooked up to the polygraph, the CVSA requires only a microphone clipped to his or her expensive suit.

Legal and peaceful protest—like Erin Brokovich engaged in—is a good thing. It brings attention to wrongs that need to be corrected. But when individuals or organizations become radical, their actions can cause real harm.

I once investigated a radical animal rights group that was under investigation by federal agencies for acts such as bombing and arson attacks against research facilities and factory farms. They were so dedicated to their cause of saving factory farm animals that lost human lives were seen as a natural and acceptable cost. It is difficult to shut down an organization that operates as a terrorist cell. They promote both group and individual action, so anyone can instigate criminal acts as a member. If caught, they may know names of a few other members, but they also may legitimately be acting as a lone wolf.

Infiltrating such groups is a challenge because they are suspicious of any new members, so if a member breaks away or agrees to be interviewed by law enforcement, it’s a big opportunity. Still, it’s crucial to validate their information with truth verification technology because the group as a whole will often attempt to pull away from that individual and use social media to discredit their testimony. Law enforcement has to be strategic when interviewing individuals breaking away from radical groups because they will probably be nervous and suspicious of law enforcement. This is a case where the more confrontational Reid Technique interrogation style—which is often used with the polygraph—may not be effective. An activist will likely withdraw if confronted too aggressively, but CVSA Examiners take a more empathic, conversational approach and try to make the examination as comfortable as possible. This is an effective strategy because a defector is more likely to spill secrets if they feel they can trust law enforcement to judge them fairly and protect them from any retaliation from the group.

Environmental crime affects the health and safety of entire communities. From a corporation carelessly polluting to a grassroots activism effort turned radical, a CVSA examination can provide evidence of truth or deception in these nuanced cases. With combined positive action by concerned citizens, federal agencies, and local law enforcement, we can protect society while also protecting the planet.