The Importance of Truth Verification in Lone Wolf Terrorist Interrogations 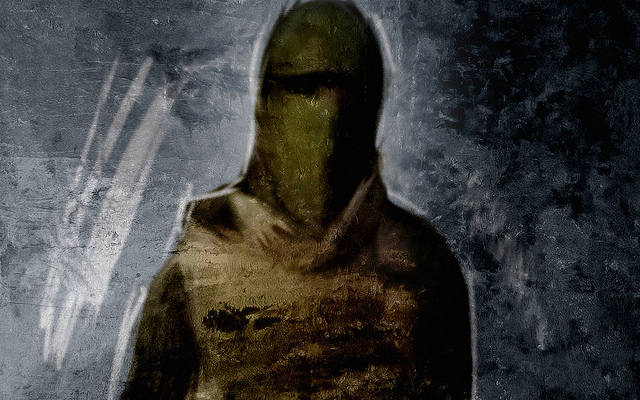 When terrorists act alone, it is imperative for law enforcement to get information from them. Image source: Flickr user Surian Soosay.

Humans are pack animals on a more evolved level than a wolf pack. Our instinct to bond together in groups is a positive trait, except when that group threatens the safety of others—or when one person becomes a “lone wolf” on the attack.

The lone wolf terrorist can singularly cause immense harm to people who are gathered together, unaware of danger, and often enjoying the pleasures of life—like the twelve people dead and dozens wounded during the Orlando shooting. Families were enjoying the holiday spirit at a Berlin Christmas market, and now, twelve people will never experience another Christmas. The celebration of Bastille Day in Nice, France has been tainted by the memory of 86 people losing their lives and over 400 injured.

In these attacks and many more, the question is whether the attacker is a true “lone wolf,” a question that must be answered through interrogations and interviews which could affect not only the nation’s security but that of the entire world. After all, the lone wolf is particularly dangerous because they can easily fly under the radar—carrying a bomb in a backpack, driving a deadly weapon, or becoming part of a crowd. The crucial interviews with lone wolf detainees can be made even more effective when using truth verification tools such as a Computer Voice Stress Analyzer (CVSA®) to ascertain if the suspect is being truthful. A terrorist isn’t going to give away their brothers or sisters in the movement easily, so being able to obtain accurate information through the interview process is key in closing such high-profile cases.

What Is a True ‘Lone Wolf’ Attack?

Author George Michael, in his book Lone Wolf Terror and the Rise of Leaderless Resistance, writes about the evolution from “first-generation warfare”—which is the traditional battlefield—to “fifth generation,” which involves ideologically formed groups operating in small cells that support lone wolf attacks. Encouraging the lone wolf to act autonomously protects the whole organization by keeping the group as a whole hidden, and yet one person with the right weapons can still cause incalculable destruction.

It’s not always possible to take a person like this alive after they have committed their lone wolf act since many kill themselves or are killed in follow-on police actions. However, the ultimate goal is to arrest and then question them to determine whether they were truly acting alone. In the case of the Fort Lauderdale attack, there is some dispute as to whether the killer fits the description of the lone wolf terrorist. The lone wolf comes up with their own plan and executes it, but often in the name of a terrorist organization such as ISIS, a white supremacist group, or any other radical group. With the Fort Lauderdale killer, it hasn’t been determined whether he was acting as part of a group or if it was a case of a mentally ill individual who suffered from PTSD or psychopathy.

A person willing to die for their belief system isn’t going to give up information easily, and these interrogations are challenging for even seasoned law enforcement professionals. If the terrorist is from a foreign country, cultural and language differences can also add another level of challenge when it comes to communication. Fortunately, the CVSA is an adjunct tool that can assist investigators during these crucial interview sessions. This truth verification system is non-invasive and can be utilized with any suspect—regardless of language—to determine whether their answers are “deceptive” or truthful.

Swedish researchers have also found that lone wolf terrorists often leak information, especially prior to committing an event. This leakage might include telling someone of their plans, posting information online, or using “verbal signaling.” While this study focused on internet communications, we know that individuals also leak information face-to-face. Many terrorists are proud of their work and believe their actions are justified. This is why ISIS is keen to tell the world when they have made a successful attack. A lone wolf may refuse to identify his association and his actions may appear inexplicable, but any information in such challenging cases could be a lead for further investigation. That information has to be tested with truth verification technology so that valuable resources aren’t wasted on false leads if the suspect has connections planning other attacks.

The Goal of Information Gathering

There are those who believe the only way to get information out of a terrorist is through aggressive methods. But the High-Value Detainee Interrogation Group (HIG)—which researches techniques for conducting these types of interviews or interrogations—commissioned dozens of studies which show that torturous methods or even more aggressive interview practices such as the Reid Technique aren’t as effective for information gathering purposes. Psychological interrogation methods—such as sensory deprivation—also don’t accomplish the goal of getting someone to share information.

Instead, researchers have found that building rapport and using a non-threatening strategy achieves better results. CVSA Examiners are trained in interview techniques that embrace this approach—recognizing cultural differences, being cognizant of the mindset of someone with a radical belief system, and connecting with the suspect. The immense weight of the damage this person has inflicted on human lives is always there in the heart of the investigator, but in this kind of fact-finding mission, taking the less accusatory approach is the new dynamic in detainee interviews. Eliciting honest answers from even the most extreme criminal requires empathy, communication, and a willingness to put bias aside for the good of the public.

The CVSA technology, interview structure, and the thorough training of CVSA Examiners was developed exactly for such challenging situations where effective information gathering is crucial. Lone wolf terrorists are a growing threat, but without learning more from these individuals about their connections, we won’t be able to shut down the organizations that spurred them towards these acts. And just as one lone wolf can cause grave destruction, one person with a truth verification system can make a positive difference in the fight against terrorism.