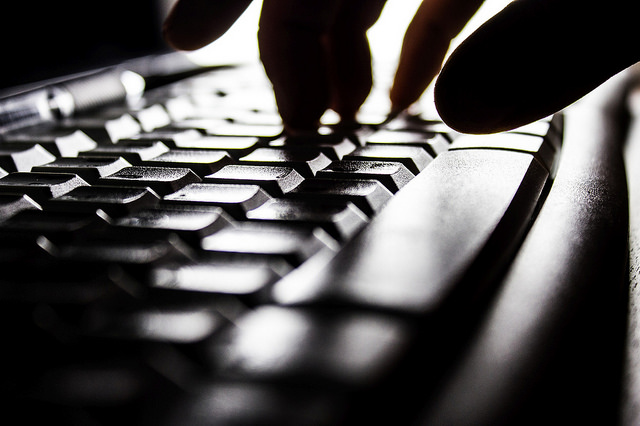 If you are reading this, you probably didn’t heed the future President’s warning that using a computer isn’t safe. Maybe, like me, you are still sending emails instead of using a costly courier service. We can laugh at such talk, but the truth is that cybercrime is a constantly evolving threat.

In fact, INTERPOL lists cybercrime—including cyber-enabled crime which stems less directly from technology—as the fastest growing area of criminal activity. And although crimes like terrorism, sex crimes, and theft have sadly been around since the beginning of time, the ways in which these crimes are committed are changing to reflect our modern world’s widespread technological advancements.

And while many American law enforcement agencies are utilizing the Computer Voice Stress Analyzer (CVSA®) as a truth verification tool, the applications for this technology have been underutilized in the global arena. Crime is no longer just a local concern. The digital landscape requires worldview strategies and collaboration with law enforcement in every country to prevent and investigate criminal acts involving the Internet or technology.

Maybe the Russians haven’t hacked you, but someone probably has. Even those of us who thoroughly understand the risks have been exposed, and, as Clinton’s email hacks show, not even systems with dedicated security are immune. Cybercrime has evolved since those first Nigerian scam letters or 419 Advance Fee Fraud emails showed up in our inboxes. Today, the real threat is that of financial crimes, crimes targeting children, and terrorism.

Law enforcement and government agencies are working hard to combat these online dangers. In one case, the FBI was able to shut down the Tor accessed Silk Road, a blacknet market for illegal products and services including drugs, hacker services, and advice regarding weapons.  But despite the FBI’s success, other darknet markets are taking its place, and the digital currency Bitcoin provides anonymous payment for these illegal services.

The challenge for local law enforcement is the international scope of cybercrime. The criminals at the other end of the online content are often in other countries—but the victims are here in America. The FBI, Department of Homeland Security (DHS), and other federal agencies recommend local law enforcement agencies collaborate with them and private corporations who provide Internet technology services. All these agencies are committed to fighting cybercrime and have established initiatives such as the DHS’ Law Enforcement Cyber Incident Reporting Resource.

The Evolution of Terrorist Action

The Internet is being used effectively by ISIS, not only for cyber attacks but as a way to radicalize naïve young people. And it is working. According to an article in the L.A. Times, as of May 2016, at least 250 Americans had been radicalized and gone to places like Syria. In one case, Ali Shukri Amin, a 17-year-old honor student, started talking to Islamic radicals via chat groups. He started using Twitter to share information about Bitcoin and helped schoolmate Reza Niknejad travel to Syria to join the terrorists.  Amin was arrested and pled guilty to “providing material support to a foreign terrorist organization.”

According to Gabriel Weimann, a researcher at the University of Haifa, approximately “90 percent of organized terrorism on the Internet is being carried out through social media.” This can include posting videos of their threats and killings, gathering intelligence through social media sites, and, of course, recruitment. Sites like Facebook and Twitter may seem like innocent parts of our lives, but terrorist organizations are using them for criminal purposes.

Crimes Against Children and Other Vulnerable Populations

We need to pay special attention to cybercrimes focusing on children. Whether it is targeting a young person to join ISIS or a pedophile grooming a child, these are the worst forms of evolving criminal activities because such vulnerable populations are often unable to defend themselves.

Last August, a collaborative effort between law enforcement agencies in thirty countries uncovered a 70,000 member Internet pedophile ring. Fortunately, law enforcement agencies managed to infiltrate the site, but the work is far from over. The FBI’s Violent Crimes Against Children (VCAC) program works with other federal agencies and law enforcement to combat Internet crimes against children. They use tip lines and image analysis to find evidence of where a child has been photographed pornagraphically as well as undercover agents who engage with pedophiles online to take them down. Child sexual abuse isn’t a new crime, but it’s much easier for a pedophile to contact a young person through social media than to grab a child off the street.

Utilizing CVSA in the Fight Against Emerging and Evolving Crime

While technology has contributed to emerging crimes, the tech world has also given us new techniques in bringing perpetrators to justice around the world. Whether it involves better Internet security, new advances in forensics, or truth verification systems, what sparks the beginning in a new era of crime fighting is the sharing of information with national and international agencies. And with the prevalence of social media, it is easier than ever for civilians to report crimes and for law enforcement to educate and alert the public of danger.

Truth verification technology becomes even more crucial when investigating global or transnational crime. The CVSA’s portability and adaptability is a great asset in terrorist investigations because it can be used covertly in the field or in military applications around the globe, no matter what language a suspect speaks or what culture they come from. Because it can be used to covertly analyze voice recordings, it is also effective in catching criminals who operate primarily online or via the telephone. The CVSA is an invaluable piece of the digital arsenal used by law enforcement agencies when interrogating suspects who commit crimes that take advantage of modern technology.

Just as anti-virus protections are frequently challenged by new malware, cybercrime is constantly evolving. No one can be complacent, and that is why CVSA Examiners continue to educate themselves and local law enforcement agencies on best practices in truth verification. Keeping one step ahead of the criminals isn’t easy, but by remaining vigilant and utilizing scientifically-proven tools like CVSA, we can adapt to whatever new dangers develop.