Why Rapport Building is an Effective Strategy in Detainee Interviews 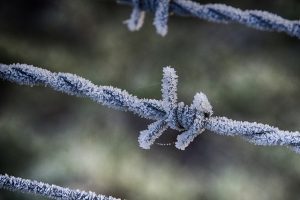 In 1967, an American soldier was shot down from the sky, suffered multiple injuries, and became a POW for five years. He was brutally tortured during that time, and while he made a confession and provided limited information, he never gave the North Vietnamese any critical information. That man was U.S. Senator John McCain.

Later, McCain gave a speech where he talked about this time: “I know from personal experience that the abuse of prisoners will produce more bad than good intelligence. I know that victims of torture will offer intentionally misleading information if they think their captors will believe it. I know they will say whatever they think their torturers want them to say if they believe it will stop their suffering.”

Such high-degree torture may not seem relevant to law enforcement, but there are psychological forms of coercion or aggressive interrogation techniques sometimes used by police. While it may not be physical torture or the “third degree,” these methods have one thing in common: obtaining information by breaking the person down in some way. Not only is information obtained through enhanced interrogation unlikely to be true, but it won’t hold up in court, it could damage an organization’s reputation, and the interrogator could end up in a lawsuit or under criminal investigation. Instead, law enforcement should focus on interview and interrogation methods—combined with truth verification—which build rapport with the suspect in order to elicit the truthful sharing of information.

How Coercion Leads to False Information

Besides ethical concerns, coercive interrogation techniques are a recipe for false information or false confessions. One piece of information McCain gave to his captors was the names of some Green Bay Packers who he claimed were soldiers in his squadron. You would probably lie, too, if placed in a situation where you were worried about losing your freedom, your sanity, or even your life.

In an interrogation situation, people will often say or do what they have to in order to put an end to aggressive questioning, and that desperation leads to false confessions. After hours of interrogation, a person can start to believe it is better to just admit they did something so they can get some or peace or be released on bail. This happened during a Reid Technique based interview where Juan Rivera was wrongfully convicted of rape. After he was aggressively interrogated for a few days and given two polygraph tests, he falsely confessed. He later sued and won a two-million-dollar settlement with John E. Reid & Associates.

But the question remains: how do you get information from someone who doesn’t want to share it? Most experts—such as researchers working for the High-Value Detainee Interrogation Group (HIG)—agree that harming a person has the opposite effect and doesn’t allow a suspect or detainee to feel confident about sharing information. HIG has conducted a number of studies on interrogation, and their Interrogation Best Practices Report strongly recommends connecting with the suspect, establishing empathy for the individual you are interviewing, using active listening skills, and engaging in a conversation in order to get honest answers.

Building Rapport as an Interview Strategy

Remember that idiom you probably heard as a child—”You catch more flies with honey than vinegar.” There’s a reason people have been saying this for generations. Provoking someone simply doesn’t win them over to your side.

There are better practices to gather information, and more research is being conducted into less aggressive methods. An international study by Charles Sturt University Professor Jane Goodman-Delahunty examined semi-structured interviews conducted by thirty-four law enforcement personnel with sixty-four people from five countries focused on high-value detainees. Thirty of the detainees had previously been interrogated for alleged terrorist actions. The study showed that “detainees were fourteen times more likely to disclose information earlier in an interview when the interviewer used rapport-building strategies.” For example, basic human comforts—such as soft furniture, no harsh lighting, and providing refreshments—achieves a sense of well-being that isn’t possible in a stark room. These comforts, along with asking open-ended questions and treating an individual with respect and friendliness, show the suspect that you aren’t the enemy. You just want to hear their story—the true story.

Verifying information for truthfulness is the goal in any interview, but it certainly helps to obtain the information in an ethical way that doesn’t harm an individual who may, in fact, be innocent. During an intelligence gathering interview, there can be many challenges—such as cultural or language barriers, the suspect’s fear, or bias on the part of the investigator—which can impact the interview process and lead to miscommunication. Using technology to verify the truth takes the pressure off the investigator to get answers using any means possible.

A truth verification system such as the Computer Voice Stress Analyzer (CVSA®) used with an interview methodology that builds rapport is an effective strategy for obtaining valuable information. CVSA Examiners are taught techniques which use a non-coercive interview style focused on helping the suspect or detainee feel comfortable. The CVSA examination itself is a less intimidating process than the polygraph, during which the suspect is hooked up to sensors and unable to move. During a CVSA examination, the suspect speaks into a microphone attached to their clothing while the Examiner asks questions in a non-threatening, conversational style.

And even when suspects lie and the CVSA Examiner shows them the charts indicating deception, it isn’t an accusatory process; it is an evidence based one. That allows the investigator to continue to build rapport with the suspect without resorting to harm tactics that can cause the person to shut down. Interrogation is a human-to-human interaction, and no matter what a person is accused of, we must remember that it is our duty to uncover the truth with the least possible harm to the individual.