The Need for Reliable Truth Verification in a Post-Truth World 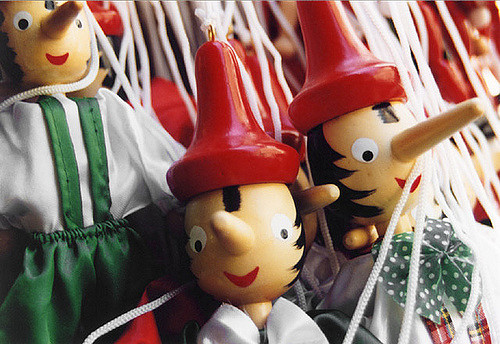 During the recent presidential race, how many of the candidates’ statements did you look up to see if they were true? Did you find some lies? In a world filled with misinformation and deceiving appearances, we have all essentially become fact checkers. Never trust a politician, they say, but lying is a bipartisan activity and a human trait.

The Oxford Dictionaries’ Word of the Year is “post-truth,” which they define as “relating to or denoting circumstances in which objective facts are less influential in shaping public opinion than appeals to emotion and personal belief.”  In other words, lies are perceived as more acceptable because the truth is considered less relevant. But, in the criminal justice world, facts are still the backbone of our work, and even one small piece of erroneous information can throw an investigation off track. With this cultural shift, truth verification technology such as the Computer Voice Stress Analyzer (CVSA®) has become more important than ever because it provides an unbiased, objective measure of deception in a world which is becoming increasingly vague and emotion-driven.

Increased Deception in the Post-Truth Era

Some say we can blame technology for the increase in lies, and it is partially true. After all, it’s easy to be deceptive when you have a degree of anonymity online, and although criminals have always been liars, the online world simply makes it easier to manufacture falsehoods and spread them quickly. There are even services that will help you obtain fake references and alibis, and spoof telephone lines allow criminals to call victims anonymously by inputting any name or number to show up on the call display. Cybercrimes are becoming an increasing concern for law enforcement as criminals and terrorists find ways to attack the public’s safety without ever showing their faces.

And as perceived reality becomes easier to manipulate, we, as people, have generally become more distrustful of what appears to be factual information. Knowing how easy it can be to forge false documents, officers have to be more assertive in verifying statements or documentary evidence. More public and private entities are conducting pre-employment background checks on potential hires, which sometimes include a criminal history check, credit history, and a truth verification examination.  The impact of the post-truth world means we can’t take anything at face value.

The Role of Emotions

Look back at the definition of post-truth—people are becoming more affected by emotional pulls than truth. One of the impacts of the post-truth era is the public’s mistrust of law enforcement partly fueled by social media and videos of police brutality. It doesn’t matter if they have all the facts; they have been impacted emotionally by what they saw or read online. This can make both suspects, witnesses, and even victims less likely to share information if they don’t trust the police.

Police officers are also human and can be influenced by the same dynamics. While training and experience have provided law enforcement with the skills to keep their emotions under wraps, we have to consider how post-truth thinking could impact interrogations. A poignant story may elicit empathy for a victim, but what if that person is lying?

For law enforcement, it is clear that we must never allow emotion to erode our ability to discern facts, and this is why it is crucial to ensure that officers will not play into the trends of the post-truth culture. This is one reason many police agencies are conducting pre-employment CVSA examinations on new recruits. A candidate who lies at the outset is going to make a poor officer, and down the line, it may turn out that this officer has no qualms about writing reports with incorrect information or attempting to lead a suspect into a false confession.

Understanding the Need for Truth Verification

The frightening thing about the concept of post-truth is that even when evidence is shown to people, they may not believe it or will dispute it. Law enforcement officers deal with such situations every day. It’s easier to get a confession if you can show or tell the suspect you have evidence, yet suspects will still often try to deny it. This is where truth verification comes in. With CVSA, the examiner can directly show a suspect the examination charts and point to the exact moments when deception was detected. When the evidence is right in front of you in an easy-to-read chart, it’s hard to deny the truth anymore, and this is when confessions are usually obtained.

The CVSA is such an invaluable tool in this modern world because it just doesn’t recognize the kind of nuance that is the post-truth way of thinking. There is the truth and then there are lies, and this technology clearly sorts out the difference between the two. One problem with the polygraph is that it has a propensity to produce unhelpful “inconclusive” results and can be compromised by easily researchable countermeasures. In contrast, the CVSA has no such vulnerabilities. There are no known countermeasures, and the results show clearly either “deception” or “no deception.” There is no middle ground here.

There is no such thing as a half-truth, yet our leaders, the media, and organizations all seem to recognize a communication style that lets them off the hook for not being completely truthful. In true communication—whether in the field, the office, or the interview room—clear, trustworthy information is what gets results. With the CVSA, there is no uncertainty—there is just verifiable evidence of truth in a post-truth world.