CVSA vs the Polygraph: Clearing Innocent Suspects in the Murder of Jessica Lunsford 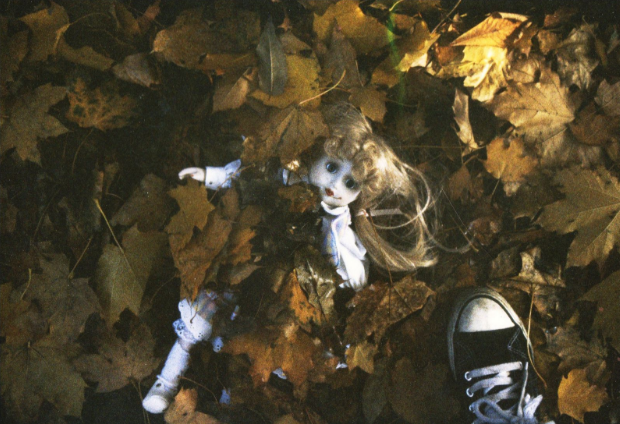 As a parent, it’s difficult to even approach a topic like a child’s murder without feeling it in the depths of our beings. No human being ever wants to imagine such horror. To add to the unbearable anguish of losing a child, suppose you became the prime suspect in your child’s murder?

That’s what happened to Homosassa, Florida resident Mark Lunsford when his sweet nine-year-old daughter, Jessica Marie Lunsford, was kidnapped on February 24, 2005, and subsequently raped and murdered. Parents usually become people of interest in these kinds of investigations, so Citrus County Sheriff’s Office’s Lt. David Wyllie conducted a Computer Voice Stress Analyzer (CVSA®) truth verification examination on Mark. Although the exam indicated he was being honest about not harming Jessica, investigators from the Florida Department of Law Enforcement (FDLE) requested a polygraph examination as well. The polygraph results showed some of Mark Lunsford’s answers were “deceptive.”

Later, the FBI became involved in the investigation and requested that Mark and Archie (Mark’s father) be tested by their polygraph examiner. The results were “inconclusive” for both men. With conflicting results from the three truth verification exams, police couldn’t rule out Mark as a suspect, and so an innocent man became implicated in the tragic murder of his very own daughter.

The Old School Technology of the Polygraph

The fall back on the polygraph wasn’t unexpected; after all, this old school technology has become a part of police culture. Colloquially known as a “lie detector,” the polygraph has been in use since the 1940’s and is used in circumstances ranging from a plot device for reality TV shows to divorce cases. It is the primary truth verification tool used by many law enforcement agencies who haven’t weighed the benefits of switching over to a newer, more innovative product. John E. Reid, the founder of the Reid Technique, further refined the methodology by developing a polygraph interview technique called  the Control Question Technique (CQT).

However, despite further enhancements such as the computerized polygraph, this technology has vulnerabilities which result in false positives, false negatives, or “inconclusive” results, as was the case with Mark’s tests. These misleading results occur because the polygraph measures physiological responses such as respiration, blood pressure, heart rate, and perspiration which may be affected by emotions not related to guilt. The polygraph examination process is also uncomfortable; subjects are told not to move because they have electrodes wired to their fingers, a blood pressure cuff on their arm, and a band around their chest.

In Mark’s case, he would have been suffering a wealth of negative emotions such as fear, pain, and grief that could have elevated these markers and made it appear he was lying when he was really just experiencing strong emotions about his daughter’s death. It’s also possible the interviewers were asking ambiguous or leading questions which could have triggered more physiological responses. Polygraph examiners often use the Reid Technique, which is a more aggressive form of interrogation and, as such, is more likely to produce deceptive indicators when the suspect is just stressed by the examination.

The CVSA is a completely different system which measures specific voice frequency changes associated with stress. It doesn’t have the same technological frailties as the polygraph, in large part because the examination process is less intimidating and does not trigger excess stress that could skew results. Subjects who are given a CVSA exam are asked a series of questions and their responses are recorded through a microphone attached to their clothing. While a polygraph examination can last two or even three hours, the CVSA examination typically takes less than one hour. Unlike the Reid Technique proponents, CVSA Examiners also believe in using a conversational interview technique which makes their subjects feel comfortable. Because suspects are given an open, neutral environment in which to tell their story, the CVSA is much more effective than the polygraph at picking up actual deception without its results being clouded by false indicators.

In the Lunsford case, the CVSA’s results were proven to be the correct ones. Mark was still considered a person of interest when police started to investigate John Couey. The 46-year-old lived across the street from the Lunsfords and had already been arrested and convicted twice for sex offenses against children. He flew under the radar because, at the time, sex offenders were not required to register and their whereabouts weren’t tracked. Police finally searched the home on March 14 and found DNA blood evidence. He was arrested March 17, and Mark Lunsford’s name was cleared.

This isn’t the first time polygraph results negatively impacted an investigation. The “Green River Killer,” Gary Ridgway, passed a polygraph in 1984, and it took almost 20 years for him to confess when DNA evidence finally proved he was the killer. During that time, Ridgway took the lives of seven more victims. Innocent people have also failed polygraphs, and, as with Mark, become the focus of an investigation when police could have been looking elsewhere.

Mark was finally free of scrutiny, allowing him to mourn his daughter and direct his energies towards changing legislation in monitoring pedophiles. In 2005, Florida Governor Bush signed into law the Jessica Lunsford Act, and Mark traveled the country and lobbied for similar acts in other states. David Wyllie also became an advocate for abused children and worked on many law enforcement and government initiatives to improve reporting of child abuse.

Wyllie and Mark Lunsford were on opposite sides of a technology that strangely brought them to the same place—the push to create legislation and work towards better monitoring for sex offenders.  That initiative is continuing along other avenues. In 2014, a U.S. Federal court judge approved the use of CVSA to monitor sex offenders after their release.

In tragic murder cases such as Jessica Lunsford’s, clearing suspects quickly is the goal, but relying on inconsistent technology can slow that process considerably. There are other Mark Lunsfords out there who have been the focus of investigations in familial crimes based on their polygraph results. Fortunately, the CVSA has an over 95 percent accuracy rate and causes less trauma to the person of interest so the innocent may move on to grieve and advocate for their loved one.

Please contact NITV and we will be happy to answer any questions about CVSA or our elite training program. We also provide Expert Cold Call Assistance 7-days a week.