A Scientific Comparison of the CVSA Versus Alternative Truth Verification Methods 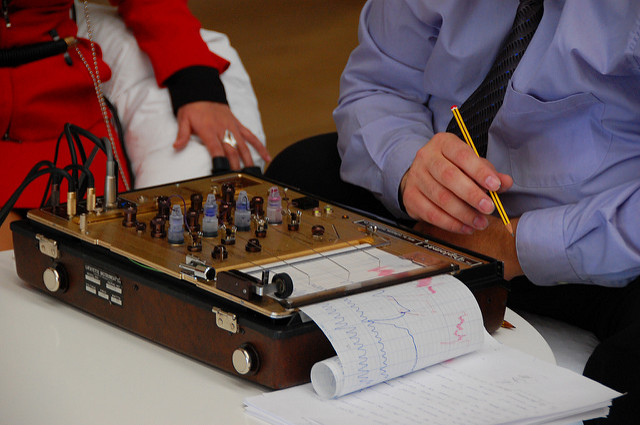 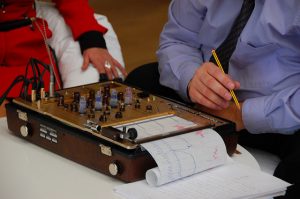 Scientists have developed multiple techniques to detect deception, but it’s important for law enforcement to understand that not all truth verification methods are created equal. Compared to handwriting analysis, the polygraph, and body language or behavioral techniques, the CVSA holds three critical advantages: objectivity, non-invasiveness, and replicability of results. Unlike these other techniques, the CVSA’s methodology doesn’t depend on the practitioner’s judgment and will process input in the same way every time—a massive advantage when working with varying interview subjects.

As a recently published scientific review points out, other truth verification techniques attempt to establish baselines and individualized standards for each subject but still can’t control for all the subject specific factors that CVSA can, making them less objective. A jumpy subject will throw off a polygraph reading or interpretation of body language, just as a subject who naturally writes in cursive may stymie handwriting analysis. Methods which rely on the practitioner’s personal interpretation simply aren’t scientifically sound, and though the CVSA requires trained personnel to conduct the exam, it delivers results which are decisive rather than murky. This algorithmic consistency successfully solves the issues of objectivity and replicability which inherently ambiguous truth detection methods suffer from.

Exploring the Science Behind the CVSA

The setup of the CVSA is simple; it uses a microphone and computer to detect the vocal tremors of subjects being interviewed. As the subject speaks, the microphone transduces their voice into an electronic signal, which is fed into the computer. Once the computer receives the data, it is analyzed algorithmically to determine the variation in frequency in the subject’s voice. After analysis, the examiner sees the results as a chart which they can interpret in real time and use during the interrogation.

When stressed, the rate of tremors in a person’s voice becomes faster in a small but measurable way. Via an algorithm, the CVSA can determine the difference between a person’s stressed response and their unstressed response in relation to their answers to questions. Given the idea that consequence-based deception is stressful, the CVSA helps investigators get an idea of whether an interview subject is likely trying to hide something. Evaluating the subject’s stress to specific questions, the investigator knows exactly which issues to push on to further the interrogation.

The Non-Invasiveness of the CVSA

The CVSA’s results are enhanced by its non-invasiveness relative to other truth-finding methods; the CVSA setup requires no physiological sensors attached directly to the subject, unlike the polygraph—just a microphone. This means subjects won’t be disrupted by the examination process, which makes it easier to distinguish between the stress of undergoing a police interrogation and stress specifically related to a crime.

In contrast, the polygraph is notorious for disrupting the subject’s physiological state as a result of the invasive measurement apparatus and stressful interrogation setting, which contributes to its inability to reliably detect deception beyond chance. Simply put, it’s stressful to sit in a constricted way with the polygraph’s sensors attached to the skin for a prolonged period of time, not to mention the inability to move without potentially triggering the countermeasure sensors. For some subjects, this added stress creates too much “noise” for the polygraph to produce accurate results and disrupts the entire analysis beyond salvaging. In the context of government agency polygraph testing, it’s not unheard of to call a subject in for their pre-hiring polygraph multiple times until they’re sufficiently adjusted to the process and don’t find it excessively stressful anymore. With CVSA, this problem is entirely avoided.

The Advantage of Analyzing Recorded Statements

The CVSA can also be successfully applied to prior recordings of subjects, meaning it can be performed surreptitiously or forensically. Given the same voice recording, the CVSA will detect the same vocal variation and thus will always produce the same result. By opening the door to clandestine use, the CVSA easily avoids some problems other truth detectors face, such as a subject’s knowledge of deception detection resistance techniques. Indeed, avoiding a subject’s defense mechanisms is a powerful feature of CVSA which easily protects it from training regimens designed to counter its use, as is the case with other truth verification methods.

As a bonus, using prior recordings provides an additional ironclad assurance of the CVSA’s replicability. Whereas repeating polygraph-assisted interrogations or analyzing a subject’s handwriting or body language over multiple settings will produce different results with every trial and be inconsistent with previous results from the same system, the CVSA’s results from recordings are reliable and accurate.

The CVSA’s objective consistency, ease of use, and non-invasiveness make it ideal for law enforcement, where investigators may only have access to subjects in a certain critical time frame and may be constrained by budget or man hours. Thanks to its algorithmic analysis and time-tested scientific basis, the CVSA delivers actionable information promptly without extensive interpretation or breaking the department’s bank.