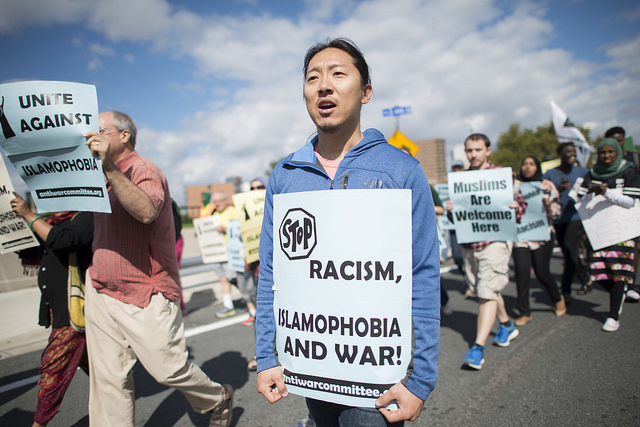 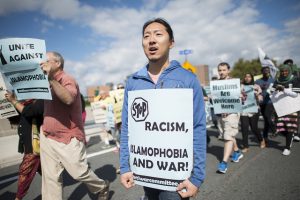 A young woman is attacked for wearing a hijab. A synagogue is set on fire. People protest what they believe is racism crossing the blue line. It’s a sad fact of this world that some people are prejudiced against others who look unlike them or have different ways of living. Such bigoted individuals are everywhere—behind the counter of a convenience store or entrenched in powerful organizations—and they often act out violently against the groups they despise.

The U.S. has enacted hate crime laws such as the federal Civil Rights Act of 1964  and The Matthew Shepard and James Byrd, Jr. Hate Crimes Prevention Act. There are also state laws to protect citizens from bias-motivated crimes of intimidation or violence. That said, five states (Arkansas, Georgia, Indiana, South Carolina, and Wyoming) don’t have any hate crimes on the books, and only some states cover hate crimes based on sexual orientation, while the District of Columbia and other states have hate crime laws for homeless people. The legal framework for these laws is just as diverse as the American population, which is part of the problem—defining what truly constitutes a hate crime is complicated. For local law enforcement, this means being aware of not only local hate crime laws but surrounding state laws, keeping a close eye on how hate crimes are evolving, and approaching investigations with an open mind.

How Do You Prove It Is A Hate Crime?

The FBI defines a hate crime as a “criminal offense against a person or property motivated in whole or in part by an offender’s bias against a race, religion, disability, sexual orientation, ethnicity, gender, or gender identity.” Even so, determining whether or not an incident is really a hate crime can be confusing. If someone calls another person a racist word, that isn’t a hate crime. If a person acts against another person because of prejudice, but their action isn’t a criminal act, then that also isn’t a hate crime. Just because a Caucasian man attacks an African-American man doesn’t necessarily make it a hate crime; they could have been fighting for all kinds of reasons, so motivation has to be determined.

It’s up to law enforcement to sort out these nuances so that any hate crimes can be prosecuted accordingly. A person convicted of a hate crime can be subject to fines, imprisonment of up to one year, or even ten years in prison when there is bodily harm or a weapon, fire, or explosives are used in the commission of the crime.  Someone convicted of a hate crime involving sexual assault, kidnapping, or murder could receive life in prison or, in some states, the death penalty.

Sometimes physical evidence is scarce, and all you have to go on is one person’s word against another’s. Perhaps someone overheard another person making hateful remarks or witnesses saw something. This means that suspect and witness interviews are crucial in such cases, but while racists might be vocal in the outside world, they’ll probably know enough to keep those thoughts tamped down in front of police. It’s a complex situation for officers because how do you build the necessary rapport with your suspect when their ideas are abhorrent or there is the weight of discrimination in the room? The investigator has to question them without showing anger and use the suspect’s bigotry to get them talking. For example, some racists may feel so strongly about their beliefs that they won’t deny involvement in a hate crime if approached in a non-accusatory way by an investigator.

Because investigators need to clearly determine whether or not a hate crime occurred, a truth verification examination may be the best way to validate information when a suspect tries to deny their motivation or involvement in the crime. Over 2,000 law enforcement agencies use the Computer Voice Stress Analyzer (CVSA®), which accurately detects deception by measuring infrasonic tremors in the human voice. This technology can be used to further the investigation when there is little physical evidence or it is unclear whether hate was a motivating factor behind the crime. Any witnesses should also be interviewed, and a CVSA exam can determine if they are being honest or if they are trying to cover up the incident.

Because hate crimes are often difficult to define, there are people who are accused of hoax or fake hate crimes. A crime could also be misidentified as such because of a difference in perception, like if one person accuses another of a hate crime for political or personal reasons. They may claim to be a victim for attention and sympathy or to get revenge on the person they accused. An individual could also use the hate crime scenario as an excuse for their own behavior, such as a criminal who accuses law enforcement of being racist when they get into a scuffle with the police during an arrest.

The CVSA is an effective tool not only to show “deception” but to prove when someone has been falsely accused of a hate crime. If a suspect is innocent, the CVSA can help clear them as quickly as possible. After all, being falsely labeled a bigot can severely damage someone’s reputation and even lead to harassment.

The Escalating State of Hate Crimes

Statistics compiled by the FBI and DOJ since 1992 show that hate crimes are on the rise. Unfortunately,  many go unreported because they aren’t recognized as hate crimes or there are no witnesses to corroborate intangible indications such as racial slurs. The most recent FBI hate crime report shows that, in 2015, there were “5,818 single-bias incidents involving 7,121 victims” and “32 multiple-bias hate crime incidents involved 52 victims.”

It is important to document not only the frequency with which these crimes occur but who the targets and perpetrators are. This gives law enforcement greater knowledge when it comes to both apprehending and preventing such crimes. The same FBI report shows that anti-Muslim hate crimes rose by 67 percent between 2014 and 2105 in the United States, with data showing 154 incidents in 2014 and 257 hate crimes against Muslims in 2015. Anti-Jewish hate crime incidents also rose by 9 percent in that one year period, with 664 crimes reported in 2015. There was also an increase in anti-African-American and LGBTQ hate crimes.

As Martin Luther King Jr. said, “The ultimate measure of a man is not where he stands in moments of comfort and convenience, but where he stands at times of challenge and controversy.” When their words are validated with reliable truth verification technology, a man or a woman’s honesty can be measured, too. Bringing bigotry into the light and helping people come together is one more step towards King’s goal of equality.