Evaluating Laughter as a Deceptive Technique in the Police Interview 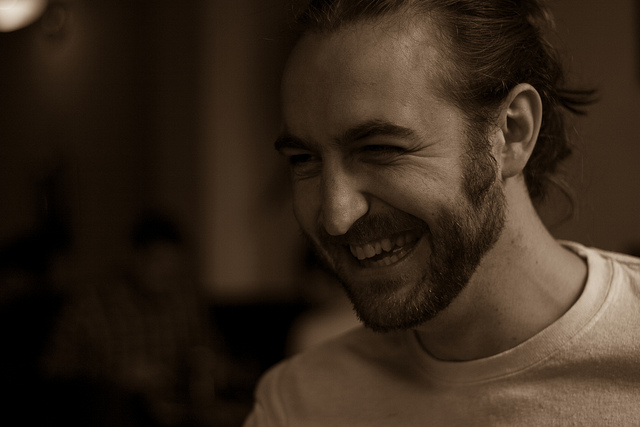 Want to hear a cop joke? “How many cops does it take to screw in a light bulb? Just one, but he is never around when you need him.” You’re not laughing—probably because it isn’t that funny. Maybe you fake a laugh if someone tells a joke because you don’t want to offend them. This is called volitional laughter, but at least 70 percent of the time, people can distinguish between the sounds of genuine laughter versus an affected laugh.

While fake laughter is perceived as a social nicety, it’s also used to manipulate people. In the police interview room, subjects may use laughter to hide their lies and appear less dangerous than they actually are. Investigators must be aware of these manipulative techniques and employ proper truth verification technology to sort out the lies from the honest statements. Otherwise, the suspect may get the last laugh as they walk free. At the same time, if an interview subject laughs, it could mean they are engaged and willing to communicate. Either way, laughter is a key element of human communication which investigators should pay careful attention to during criminal interviews.

The Manipulative Side of Laughter

University of California researchers Gregory A. Bryant and C. Athena Aktipis conducted studies around the thesis of laughter as a “co-evolutionary arms race” where two members of a species use evolutionary biology to manipulate communication. The researchers describe how genuine, spontaneous laughter signals other humans that they are seeking a positive relationship or at least a non-threatening one. After all, laughter is “known to trigger cataplexy,” or decreased muscle strength, which puts individuals in a more vulnerable state.

This means that volitional laughter can give a person the upper hand if you believe their non-threatening signals. A suspect can fake laughter to throw you off or weaken your position if they manage to make you laugh. Suspects also pretend to laugh in response to threatening questions or to avoid answering a question. The sociopath or psychopath may use these tools because they understand the value of acting in a way that engages a person and makes them appear harmless.

It’s important to remember, however, that some subjects can’t control their laughter. People with a mental illness or emotional issues may laugh at inappropriate times or fake laughter to cover nerves. So while unnatural laughter may be a warning sign for investigators, we can’t use our perception of these signals alone to judge an individual. Instead, you also need truth verification technology like the Computer Voice Stress Analyzer (CVSA®). If inappropriate laughter or fake laughter is causing you to doubt an interview subject’s words, you can check their claims with a CVSA examination, which indicates deception based on stress frequencies in the human voice. While the CVSA doesn’t measure laughter itself, the goal is to get someone talking and then verify those words for truthfulness.

The Human Connection Through Laughter

All laughter is a kind of mimicry, which is why when someone laughs, we often laugh too, even if we don’t find the situation funny. Suspects use various forms of mimicry, such as repeating words, using the same cadence as another person, or using volitional laughter to manipulate people. Law enforcement can also use mimicry to counter their behavior by refusing to mimic or taking note of their deceptive signals.

While laughter can be used by suspects to throw off an investigator, law enforcement can also use the mimicry of laughter to connect with suspects. When someone mirrors our behavior, we’re more likely to relate to them, and we feel a bond with the people we laugh with. Laughter releases endorphins and simply makes people feel good, and while the goal of interviewing a suspect isn’t to make them feel happy, it certainly doesn’t hurt to put the suspect at ease. Building rapport and making a person feel comfortable is one of the hallmarks of the CVSA interview. If someone smiles or laughs, it means they are comfortable in the environment.

In her 2012 book, Analysing Police Interviews: Laughter, Confessions and the Tape, researcher Elisabeth Carter conducted a conversational analysis on the use of laughter by police officers and suspects after reviewing 150 taped interviews from UK police. While much of the book focuses on how suspects use laughter to manipulate officers, she points out that law enforcement can effectively use laughter in conversational style interviews. A laugh can break tension or build rapport, although suspects can also usually gauge when a laugh rings false. It’s a complex issue, but the main takeaway from Carter’s book is that laughter can be a signal from one human to another. Paying attention to what sparks laughter and whether it is genuine provides insight into a person, helps us engage with them, and protects ourselves from manipulative behavior.

While an investigator has to be careful not to cross any lines by telling inappropriate jokes or doing anything unprofessional, that rarity—spontaneous laughter in the interview room—can mean you have made a human connection with someone who just needs to be seen and heard. The goal is to get them to talk, and if that talk is interrupted by genuine or fake laughter, all the better—it’s a peek into their psyche. After you have built a connection, the CVSA can verify whether their answers are deceptive. Human nature is complex, and we can’t rely on intuition alone to determine truthfulness. But we can continue to study these behaviors as we utilize technology to distill human behavior down to a chart that shows us a clear, unbiased, and unemotional readout of the truth.