The Value of Mimicry in Police Interviews and Interrogations 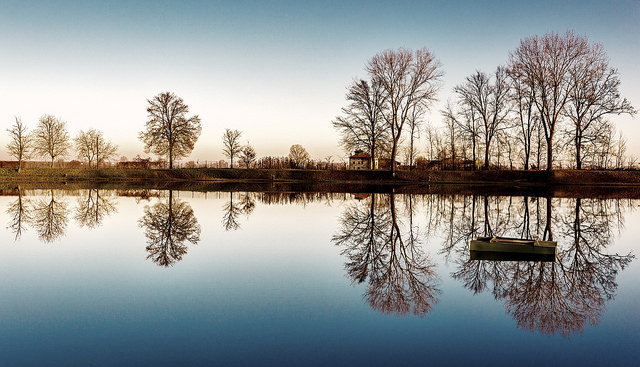 When I see you, I also see myself in you. I hear you because you and I connect on some level, whether through words or body language. This is the beginning of falling in love, developing empathy for another person, building a neighborly relationship, or connecting across the boardroom table. It’s also an effective communication tool in the police interview room.

Unless you were stranded on a deserted island your entire life, you grew up interacting with other people, and these interactions have helped shape who you are as a person. This is called Social Mirror Theory (SMT). We mimic the people around us, and in doing so, we learn to communicate and form our personal identities.

The most challenging communication situations are when we are with someone who doesn’t reflect our social mirror. The criminal or the sociopath do not reflect back to us a familiar image. But learning to mimic their behavior—as off-putting as that may seem—can be an asset during police interviews and interrogations because people relate better to others when they use the same body language, words, or social cues. They see that person as their social mirror and will be more willing to engage with the officer, provide information, and even make a confession.

Mimicry as an Interview Tool

Most veteran police investigators are already engaging suspects through mimicry without realizing it because this behavior is often done subconsciously as we interact with others. But once we become aware of how mimicry enhances communication, we can use it to our benefit to lead the interview and ultimately obtain valuable information.

Stanford University researcher Albert Bandura wrote about this form of non-conscious mimicry in his groundbreaking Social Learning Theory (SLT) paper in 1977. He posited that behavior and the environment affect each other, so the environment is “just as influenceable as the behavior it controls.” In a police interview, the investigator usually controls the environment. Every aspect of the interview room should be strategically planned, from the lighting to the placement of the furniture—but none of that works when the two people in the room just aren’t connecting. The investigator must be aware of how the two-way communication between investigator and suspect is developing. Using mimicry shows the suspect that the investigator is in sync with them even though they are the one controlling the environment.

Synchronizing your body language with another person’s builds rapport and makes the other person feel comfortable—as long as it appears natural. But although body language is important, the real key for law enforcement is a verbal form of mimicry called Language Style Matching. In a study conducted by Lancaster University, researchers examined sixty-four police interrogations to measure verbal mimicry and found higher confession rates when investigators matched the language style of the interview subject. Examples of language matching include using similar action words such as adverbs, auxiliary verbs, and personal pronouns. They also noted that when the investigator led the language style matching, there was more success at achieving a confession. However, if the suspect led the language style matching—basically mimicking the investigator’s communication style—there was less likelihood of a confession. Mimicry in these situations is essentially a more positive form of psychological priming that helps put the subject at ease and allows the investigator to influence the environment in a way that doesn’t compromise the integrity of the investigation.

Using Mimicry in Conjunction with the CVSA Examination

Rapport building is a key component of the successful police interview and has been found to be more effective than the Reid Technique or other more accusatory interview styles. Mimicry is a natural part of communication, but the Lancaster University researchers found that strategic mimicry has positive consequences in terms of establishing a connection. Repeating back someone’s words, for example, shows you are listening and puts the other person at ease.

It’s also important to look for signs that a person is using the same technique to engage you. Sociopaths and psychopaths, for example, are expert mimics. They may not feel the same emotions as other people, but they have observed how others react in certain situations and they mimic those reactions. One common form of mimicry the suspect will use is answering a question with the same question when they are lying.

Because mimicry goes both ways, it’s a good idea to back up interviewing techniques with truth verification technology. After all, using mimicry and Language Style Matching to get the suspect or witness to open up is a great strategy, but you still need to ensure the information they are providing is truthful. The Computer Voice Stress Analyzer (CVSA®) is a tool that is used with a well-planned, rapport-building interview style which works naturally with strategic mimicry.

The police interview works best when psychology, experience, and technology all come into play to elicit information,  which is validated, and moved forward to a resolution, whether that is a confession or clearing an innocent suspect. We all mirror each other in many ways, and finding that connection when the person appears to us like a broken mirror is the most difficult of all, but law enforcement officers understand the ultimate goal—obtaining truthful information in order to solve cases quickly and effectively.