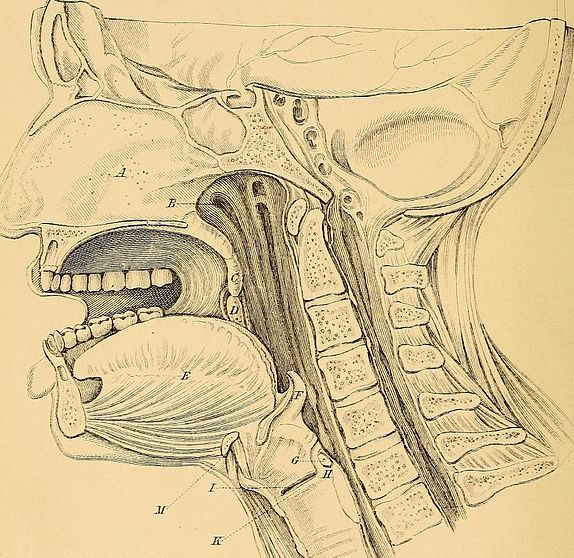 To understand CVSA technology, it is helpful to know the key elements of speech production. Image Source: Wikimedia user Fæ.

As a law enforcement agent, you’ve likely heard about the growing popularity of the Computer Voice Stress Analyzer (CVSA®). Perhaps you’ve read case studies about some of the challenging investigations CVSA has helped solve. Maybe you’ve heard success stories from your colleagues or even had the opportunity to see this technology in action. Because of its effectiveness at uncovering deception, law enforcement and military organizations around the country are increasingly using CVSA for everything from criminal investigations to personnel screenings to terrorism interrogations. This article will provide a basic primer on the physiological fundamentals of human speech so you can better understand the underlying scientific principles of the CVSA.

The Systems Involved in Speech Production

The CVSA relies on the analysis of speech in order to detect signs of deception. Therefore, for law enforcement professionals to understand the science of CVSA technology, it is necessary to know how these systems work.

In humans, there are four main body systems involved in the production of speech. The respiratory system, laryngeal system, and articulatory systems are responsible for the physical manifestations of speech, and the nervous system regulates these systems on both the conscious and unconscious levels. For instance, when you want to sing, your brain tells your lungs how much air to supply, how to move the vocal cords to produce certain notes, and how to move your lips for the desired lyrics.

The Respiratory System and Airflow

At the most basic level, the respiratory system is responsible for the movement of air in and out of the body—that is, the intake of oxygen and the exhalation of carbon dioxide. Without air flow through the respiratory system, speech production would be impossible. Two of the key components of the respiratory system are the lungs and diaphragm. The lungs expel the air used to produce speech, while the contractions of the diaphragm determine the power of the vocal sounds—which is why actors and singers are constantly reminded to project from their diaphragm.

The Laryngeal System and Phonation

The most significant structure in the laryngeal system is the larynx, which is supported by the hyoid bone, as well as cartilage in the area. Among other functions, the larynx is responsible for phonation—that is, the production of the voice. Phonation is affected by the musculature of the laryngeal system, including the vocalis muscle, the extrinsic muscles, and the supplemental muscles. The movements of these muscles affect the nature of the sound waves produced when a person speaks.

Zooming in on the Articulatory System

The articulatory system is responsible for the nuances of speech sounds when a person talks. Humans are able to produce complex speech sounds based on the dimensions and anatomical features in the mouth-nostril region, which include the cavities, muscles, bones, and teeth. Articulation refers to the coordinated movements of these features.

As their name suggests, the fixed articulators are anatomical structures that are fixed in place, including bony structures such as the incisors, hard palate, and alveolar ridge. While sound waves do interact with these structures, they cannot be altered in a way that affects the physical qualities of the sound waves that are ultimately produced.

In contrast, the movable articulators are flexible, so they can change in ways that impact the physical qualities of sound waves. Some of the movable articulators include the lips, tongue, pharynx, soft palate, and mandible. Ultimately, the interactions between these structures with the fixed articulators, as air flows through the cavities of the vocal tract, shape the distinct qualities of the sound waves that manifest as human speech. These sound waves can then be captured in visual form by CVSA technology.

The Role of the Nervous System

The nervous system is responsible for coordinating the activities of the respiratory, laryngeal, and articulatory systems as they work together to produce complex speech sounds. Some aspects are governed by the central nervous system, which controls conscious processes. For example, you consciously move your lips in ways that produce different vowel and consonant sounds.

At the same time, the autonomic nervous system is also at play and controls unconscious body functions, like heartbeat and digestion. It also affects physiological tremor, which refers to the oscillations of muscles associated with the respiratory, laryngeal, and articulatory systems. The movements of all these muscles influence the qualities of the sound waves that are produced when a person speaks.

Putting It All Together: What CVSA Technology Detects

When a person undergoing a CVSA exam speaks, the technology captures the sound waves they produce. The waves are visually represented in an easy-to-read chart, which can then be analyzed for stress-related changes. The final waves produced are physical manifestations of the complex interactions of the movement of air through the respiratory, laryngeal, and articulatory systems. When alterations in physiological tremor change the fundamental properties of the sound waves, it serves as a sign that the person is under stress. And higher stress, in response to specific questions posed by the CVSA Examiner, may indicate the person is being deceptive.

By making it possible to detect deception-related changes in the sound waves of a person’s speech, CVSA technology serves as a truth verification tool that is solidly based on the physiology of human communication. CVSA has already proven its effectiveness in the field, and as more law enforcement professionals learn about the science behind this innovation, it will only grow in popularity.