How Lying Affects the Brain and Causes Chronic Deception 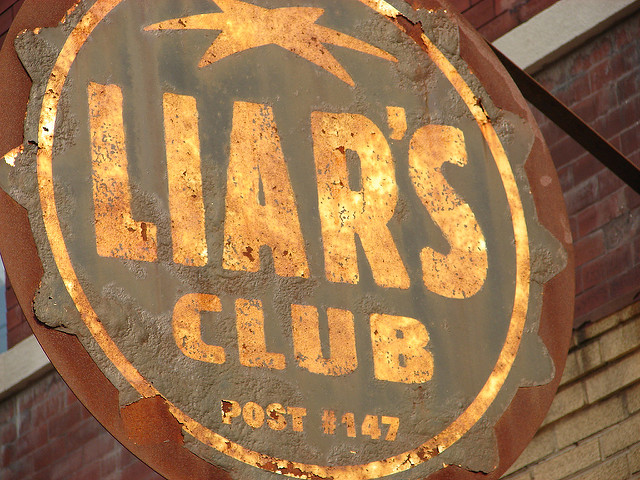 “I know he’s lying because his lips are moving.” This statement has become a common way to express how we feel when we can’t trust someone. In fact, the idea of habitual lying has become such a well-known concept in this post-truth world that we’ve invented a whole new lexicon around this culture of dishonesty, such as the “Pinocchio paradox.”

Start writing “How to tell…” into Google, and you get approximately 84,100,000 results for “How to tell if someone is lying.” We all want the answer to that question, and that’s why many scientific studies focus on why we lie, who lies more, how to determine if someone is lying, and how lies impact us. For the same reason, since the advent of the technological age, we’ve looked to machines commonly known as “lie detectors” to help us find answers.

The Computer Voice Stress Analyzer (CVSA®) is a form of truth verification invented for use with serious lies—the ones that get people put in prison. We know criminals usually lie about their actions, but most didn’t start out that way. They told one lie, and it became easier to tell another and another until it became second nature. Once they have perfected the art of deception, they are able to scam people out of money in a Ponzi scheme or convince even the most skeptical people that they are innocent of a crime. By lying constantly, they have rewired their brain to make it easier to tell falsehoods.

How Scientists Discovered The Domino Effect of Lying

Researchers from the Department of Experimental Psychology, University College London, and Fuqua School of Business, Duke University, conducted a study of eighty adult participants who were asked to estimate and share information about the number of pennies in a jar to determine how lying affects the brain.

Using a tool called functional magnetic resonance imaging (fMRI), they showed that a part of the brain called the amygdala is “sensitive to the history of dishonest behavior, consistent with adaptation.” The amygdala is a memory and motivation system that processes emotions such as fear or pleasure, but it also helps you perceive emotions in other people.

The researchers studied the brains of twenty-five of the participants with the fMRI. They found that when participants lied about the money in the jar, the amygdala became less aroused or active with repetitive dishonesty. This was particularly true of participants who were involved in “self-serving dishonesty” where the lie was to their benefit. This made it easier to be dishonest because with each lie, the amygdala became less sensitive.  The researchers referred to this as a “blunted response” to “repeated acts of dishonesty.” However, when the dishonesty benefited someone else—such as lying to protect another person—dishonesty did not escalate.

We’ve all met chronic liars, and this study gives some insight into how one lie can quickly blossom into many. However, for law enforcement, we still need to discern when people are lying and prove those lies, especially when they could be indicative of a crime. This is where truth verification comes in. Truth verification works most effectively when there is real jeopardy involved, so the CVSA can detect crucial high-stakes lies that may mean the difference between prison or freedom. But the CVSA also catches little lies which may show that an individual has developed a tendency for deception. A chronic liar could be deceptive about something as simple as where they ate dinner last night, and while that may not seem important, it may further the investigation if you can determine they are presenting inaccurate information.

The fMRI is similar to the magnetic resonance imaging (MRI) in that it uses a very strong magnetic field, as well as radio waves, to create images based on blood flow in the brain. While it is an extremely valuable diagnostic tool for the medical community, it’s not appropriate for use as a truth verification tool. A single fMRI examination in a hospital costs approximately $2,500, and the technology itself can cost millions of dollars. Using an fMRI also requires a special room equipped for the magnetic field and expert staff to operate the technology.

Unlike the fMRI, the CVSA is used by over 2,000 police agencies because it is portable, cost-effective, and only requires one trained CVSA Examiner to conduct the examination. While we can’t see inside the brain with the CVSA, the chart gives us evidence of deception by charting signs of stress within the human voice. When we recognize that a criminal is likely to lie over and over again, the CVSA Examiner is able to tailor their questioning to focus on the most crucial aspects of the case. It’s also a reminder to stay vigilant because everything the individual says could be colored by deception. With a 98% accuracy rate, the CVSA will reliably identify those areas of stress associated with deception and provide investigators with a clear focus on which specific issues require further investigation.

It’s important for law enforcement to know that when someone is repeatedly deceptive, their lies are self-serving and unlimited—they lie to con someone or to avoid going to prison. The amygdala doesn’t make people lie, but it does become desensitized to deception, and that makes it easier to continue down a path of falsehoods. But the more a suspect lies, the more evidence will appear on the CVSA charts because technology has its own kind of “brain” that can’t be influenced by emotion.